THE stomach is an important organ of the digestive systemyo. It is responsible for acting in the digestion process and storing food. This organ secretes enzymes and hormones, being, therefore, a structure that has exocrine and endocrine functions. We can point to four main parts of the stomach: cardia, fundus, body and pyloric portion. Gastritis, reflux and ulcers are conditions that can cause stomach pain.

Read too: Enzymes — biological catalysts that speed up a chemical reaction

General characteristics of the stomach

instagram story viewer
portion most dilated of this. It is located in the region just below the diaphragm. This organ is able to stretch to accommodate the food that arrives there.

When it is not distended, the mucous and submucosal layers form folds, which flatten when the organ accommodates food. This body structure can store about two liters of food and liquid.

The stomach secretes gastric juice, which is related to the partial digestion of protein, as we'll discuss in more detail below. Also, he is responsible for the secretion of the so-called intrinsic factor, a glycoprotein. This glycoprotein is responsible for combining with the vitamin B12 so as to make it available for intestinal absorption.

We cannot fail to mention arenina, which acts on one of the milk proteins, facilitating the action of proteolytic enzymes. Renin is produced by the gastric mucosa in the first months of life.

The stomach is also an organ able to produce hormones. One of these hormones is gastrin, produced by G cells in response to food intake. This hormone works by stimulating gastric acid secretion and also the growth of the gastric mucosa. Another hormone released by the stomach is agrelin, which is related to hunger stimulation.

It is in the pyloric portion that the pylorus, which corresponds totransition between stomach and duodenum. In this region of communication, there is a condensation of muscle bundles, which ensure the opening and closing of the pyloric ostium.

This opening and closing regulates the transit of food, allowing only a small portion of chyme be released in turn. On average, the stomach contents are emptied within 2 to 6 hours after having a meal.

At margins of the stomach are called greater curvature and lesser curvature..The largest curvature is on the left, while the smallest is on the right.

Gastric juice is an important secretion produced in the stomach. This liquid is consisting mainly of hydrochloric acid and pepsin, an enzyme. According to Reece et al., in Campbell's Biology book, the components of gastric juice are produced by two types of cells in the glands of the stomach: the head cells and the parietal cells.

Parietal cells are responsible for producing the components of hydrochloric acid. The head cells, in turn, are responsible for producing pepsinogen, the inactive form of the enzyme pepsin. THE hydrochloric acid is formed in the lumen of the stomach and, in that place, it finds the pepsinogen. Pepsinogen will be converted to pepsin, and then pepsin will help to activate the pepsinogen that has not yet been converted.

See too: Stomach noise — natural reaction of the digestion process

As mentioned above, the gastric secretion is acidic, which can cause great aggression to the stomach. However, to avoid this problem, the stomach has cells that guarantee the mucus production, checkgoing organ protection. Furthermore, the stomach mucosa is constantly regenerated, replaced every three days.

The process of digestion in the stomach

We know that the stomach is an extremely important digestive system organ for the digestion process. It is in him that the food cake, coming from the esophagus, turns into a viscous mass called chyme and goes towards the small intestine. This transformation occurs due to chemical processes, which occur from the action of enzymes produced by the stomach, and physical processes, since the stomach has muscle activity.

The chemical digestion that takes place in the stomach is related to the release of gastric juice. This secretion is mainly formed by hydrochloric acid and an enzyme called pepsin, responsible for the partial digestion of proteins. Pepsin works by breaking peptide bonds into proteins, transforming them into smaller polypeptides. THE breaking these polypeptides into amino acids will occur in the small intestine.

Stomach muscle activity can be compared to the action of a mixer. Through the coordinated activity of its muscles, the stomach allows the bolus of food to be mixed with gastric juice, leading to the formation of chyme. By causing this agitation in the food bolus, we can conclude that the stomach also acts providing aprocess ofmechanical digestion.

Read too: Large intestine — important part of the digestive system

Stomach pain is a relatively common symptom and can be the result of a variety of problems. One of those problems is the gastritis,definedThe as an inflammation of the stomach lining. In some situations, gastritis is related to infection by a bacterium called Helicobacter pylori. Use of certain medications, alcohol and cigarette consumption can also cause gastritis.

Another problem that can cause stomach pain is the so-calledulcers gastric,which are wounds that arise in the mucosastomach. These ulcers can also be caused by the bacteria. H. pylori and by the use of some medications.

In addition to the two causes mentioned, stomach pain may occur due to reflux, gastroenteritis, cancerand several other problems. Therefore, it is important to seek medical attention when this symptom appears, especially if it is persistent and accompanied by others, such as vomiting.

Federal Senate: what is it, function, members, election

O federal Senate it is one of the legislative houses that form the National Congress and consider... 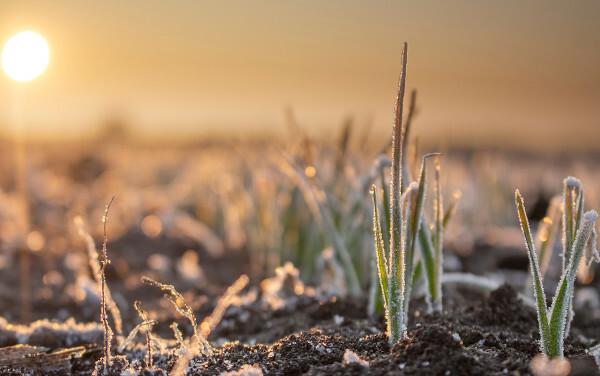 Frost: what it is, how it forms, what types

THE frost is a meteorological phenomenon characterized by the formation of a thin layer of ice on... 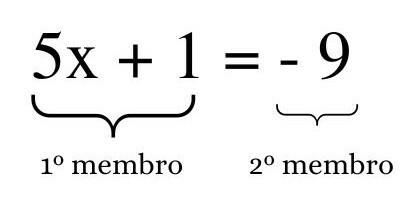 1st degree equation: what is it and how to calculate

THE 1st degree equation is an equation that has an unknown of degree 1. Equations are mathematica...