Solstice and Equinox: what they are, dates and differences

The solstice and equinox are astronomical phenomena that happen four times a year and record the beginning of the seasons.

These phenomena are related to the uneven incidence of the sun's rays on Earth because of the planet's translation and rotation movement, in addition to its inclination.

In the Southern Hemisphere, where Brazil is located, events in the year 2021 take place in: 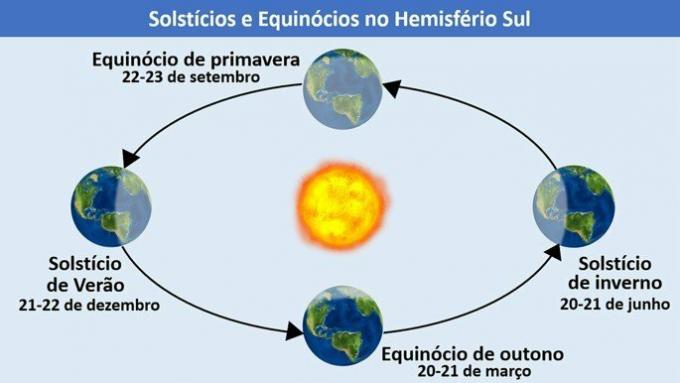 The word solstice means “still sun”. It comes from Latin and is formed by the joining of Sun it's from sister, which means "to stand still".

In this astronomical event, the planet is tilted at 23.5° and therefore the sun's rays are towards the tropics.

On the solstices, the hemisphere that receives the highest incidence of sunlight is the one that enters summer. is the call Summer Solstice, which takes place in December in the Southern Hemisphere, as the sun's rays are heading towards the Tropic of Capricorn.

The hemisphere that receives the least incidence of sunlight is the one that enters winter and its beginning is marked by the winter solstice, which in the southern hemisphere occurs in the month of June, when the sun's rays fall on the tropic of Cancer.

As the days go by, the length of day and night changes. It is for this reason that in early summer it takes longer to get dark, as the days are longer, while in early winter it gets dark earlier, as the nights are longer.

At the equinox, the Sun falls on the equator, that is, on the imaginary line that divides the globe into two hemispheres, in such a way that neither hemisphere receives more or less Sun, as happens in the solstices.

In the spring equinox, which occurs in September for the Southern Hemisphere, night and day have the same duration, the days start to increase little by little, until the summer solstice arrives, when the longest day occurs of the year.

O autumnal equinox marks the beginning of the season in March in the Southern Hemisphere. As time goes by, the days start to get shorter until the nights are made longer by the arrival of the later season, which is winter.

Dates of the solstices and equinoxes

The dates of the solstices and equinoxes are mobile, and may occur on the following days:

In Brazil, and in the rest of the Southern Hemisphere, the beginning of the seasons will occur in:

Also read about the seasons. 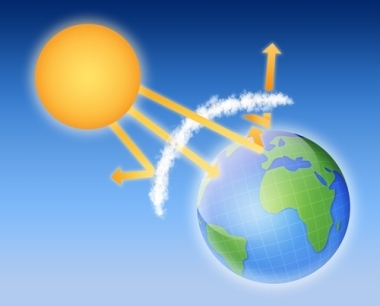 Greenhouse effect it's a natural phenomenon that helps keep the Earth warm. However, with man's i... 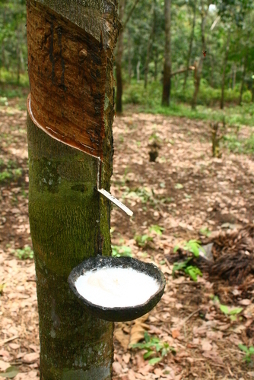 When we consume an industrialized product – a pencil, for example – we are using a product that h... 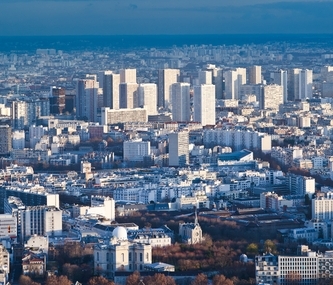 Rural exodus. The characteristics of the rural exodus

Rural exodus it is a process of migration in which people move from the countryside to the city. ...