FagundesVarela he was born on August 17, 1841, in Rio Claro, in the state of Rio de Janeiro. His family moved frequently, as the author's father was a judge. In 1862, the writer started law school in São Paulo, a course he did not complete. In addition, he had an unstable financial life, frequented the bohemian life and published texts in some periodicals of the time.

Varela's romantic poetry is part of the second generation, therefore, it presents characteristics such as pessimism, sentimental exaggeration and morbidity. However, the author, who died on February 18, 1875, also presents traits of the first generation — bucolicism and patriotism — and of the third — social criticism and abolitionist themes.

Read too: Augusto dos Anjos – the darkest of Brazilian poets

Fagundes Varela (or Luís Nicolau Fagundes Varela) was born on August 17, 1841, in Rio Claro (at the time, village of São João Marcos), in the state of Rio de Janeiro. His father was a judge in this village. There, the poet lived his childhood on a farm. In 1851, due to his father's profession, he moved to Catalan, in the state of

Afterwards, his family lived in Angra dos Reis (from 1852), where Varela became friends with the writer José Ferreira de Menezes; in Petrópolis (1854 to 1858); and in Niterói, where he moved in 1858. Still, the following year, the writer left for São Paulo, where, in 1862, started law school.

Like other poets of the time, the author became a bohemian. too published poems in periodicals. His article “The modern drama” was published in Dramatic Magazine, in 1860. He wrote, too, Talesto Correio Paulistano, in 1861. The following year, he shocked his family by marrying a circus performer named Alice Guilhermina Luande. The circus, where the poet even recite some poems, belonged to his wife's father.

Fagundes Varela he faced financial difficulties and surrendered to the alcoholism. This did not prevent him from continuing to write or, in 1865, from transferring to the Recife Faculty of Law. However, this year, your wife died.

Thus, the poet had to return to São Paulo, where, the following year, he decided to return to law school, but soon abandoned it again and returned to live on the father's farm. Then he married his cousin Maria Belisária de Brito Lambert. In 1870, he moved to Niterói, where died on February 18, 1875, victim of a stroke.

Read too: Casimiro de Abreu – another great romantic poet of the second generation

Fagundes Varela is considered a author of ultra-romanticism Brazilian, therefore, his poems have the following characteristics:

Furthermore, Varela's poetry is marked by anguish and suffering. Some of his poems present the bucolicism and patriotism of the first generation. The poet also has verses with a religious theme, and, despite being officially part of the second romantic generation, he is considered, by some scholars, as a author of transition between the second and the third generation. Thus, his poetry presents other peculiarities, such as social criticism and abolitionist themes.

The poem “Song of Calvary”, published in the book corners and costumes, is one of the best known in Fagundes Varela. He is dedicated to the memory of the author's son, Emiliano, who died with just three months of life, on December 11, 1863:

You were the favorite dove in life
That over a sea of ​​anguish led
The branch of hope. — You were the star
That among the mists of winter sparkled
Pointing the way to the pawnbroker.
You were the mess of a golden summer.
You were the idyll of sublime love.
You were the glory, — the inspiration, — the homeland,
Your father's future! — Ah! However,
Dove, — the arrow of fate pierced you!
Astro, — the northern storm swallowed you!
Ceiling, you fell! — Belief, you no longer live!

In the sequence, the lyrical self speaks of tears of longing for the “extinct fortune”, for the “son of my soul”, “Última rosa/ That in this ungrateful soil thrived!”. The dead child is seen as a hope gone. Thus, the lyrical self regrets that it can no longer cradle the child on its knees or have the comfort of looking into his eyes. Next, the father mentions his own distressing and suffering life, from which he wanted to escape through death:

Oh! how many hours did i spend sitting
On the wild shores of the Ocean,
Waiting for life to fade away
Like a foam flake, or like the frieze
That leaves the boatman's log in water!
How many moments of madness and fever
I didn't eat lost in the deserts,
Listening to the rumors of the forests,
And looking in these grim voices
Distinguish my song of death!
How many nights of anguish and delirium
I didn't watch, among the shadows lurking
The swift passage of the hideous genius
May the world fall when galloping breaks
From the wild steed... And everything can be packed!

O me lyric consider it is unfair that he, even though he is seeking death, is alive, while the son, “so young,/ So pure yet, still dawn,” is chosen to die. Then he remembers the first time he took the child in his arms and called him "my son!" The lyrical self says that “So much light has blinded me! I was wrong, I was a man!”, and as punishment for his error, “Crying at the foot of the cross, today I suffer!”.

The poetic voice states that the son was not born in luxury, but had more than princes da Terra, as it had “altars of affection without terms!”, in addition to inspiring “fertile poems” and bringing joy to those who, before, only had sadness. The father then ends his dialogue with the dead son as follows:

But not! you sleep in the infinite bosom
From the Creator of beings! you tell me
In the voice of the winds, in the cry of birds,
Perhaps from the waves in the limp breath!
You contemplate me from the sky, who knows,
In the solitary shape of a star,
And it's your rays that my estrus heats up!
[...]

Thus, "Song of Calvary" is a long poem, with decasyllable verses (10 poetic syllables). It presents the theme of death, typical of the second romantic generation, and the sentimental exaggeration, present in the adjectives and exclamations. Furthermore, it is also possible to perceive the individualistic character, since the poetic self turns completely to its own pain. 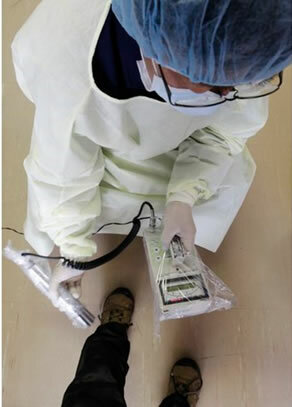 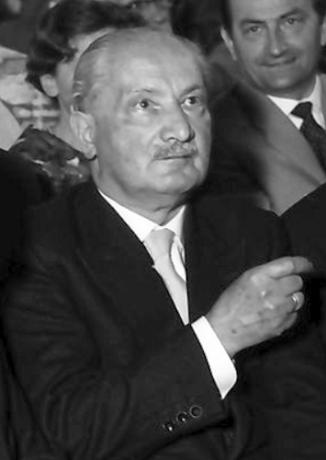 martinHeidegger stood out as one of the main philosophers of the century. XX with his reinterpret... 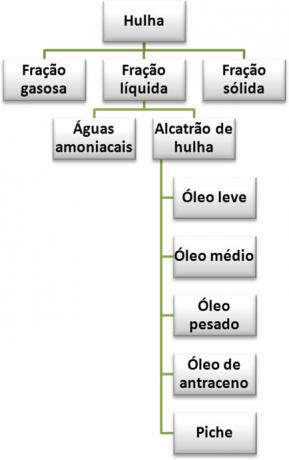 Coal. Coal - a type of coal

Over millions of years, wood undergoes a fossilization process, in which the concentration of car...