O Amazon regional complex corresponds to about 60% of the country's territory, where only 7% of the entire national population live, appearing as the least populated. Because the number of absolute and relative population is modest, there was a large demographic gap, which promoted the isolation of the region from other parts of the country, in addition to preventing further development economic. The natural landscapes (equatorial forest) and the climate (hot and rainy) are the most characteristic factors of this regional complex.

From the 1980s onwards, the eastern portion of this regional complex managed to achieve an increase in the indices of development as well as settlement, arising from agricultural occupation and the intensification of extraction mineral. However, the way this process is taking place has left a negative balance in the region, especially in the environmental sphere, as the Amazon Forest has been destroyed with the aim of serving a minority of people.

Mining has occupied a prominent place, as there are important mineral deposits, such as Serra dos Carajás and Oriximiná. Agricultural production has been widespread in the region, with cattle raising and the cultivation of monocultures, such as soybeans. 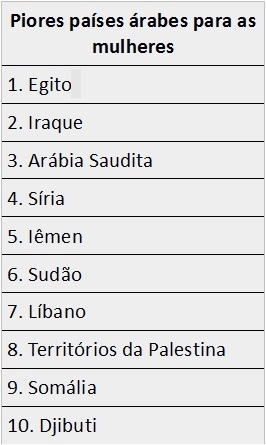 The Arab world and women's rights. Women in the Arab World

A survey conducted by the Thompson Reuters Foundation in November 2013 defined a ranking of the A...

Introduction to the 1st Degree Equation

The study of equations can be daunting at first, but their development is quite simple. Let's loo...

The Atlantic Forest and the Jureia Ecological Station

The Atlantic Forest is one of the most threatened biomes on the planet and today has less than 9%...