Occurring between 1990 and 1994, the civil war in rwanda It began when troops formed by Tutsis and moderate Hutus, refugees in Uganda, launched attacks against the government of Juvénal Habyarimana. This conflict took on ethnic genocide proportions when Hutus organized militias and carried out attacks against Tutsis, resulting in the deaths of more than 800,000 people.

Roots of rivalry between Tutsis and Hutus

Rwanda is a small country, located in central-eastern Africa, inhabited for a long time by three ethnic groups: Hutus and tutsis, who represent a large portion of the Rwandan population, and the twa, representatives of a minority in the country. The rivalry between Tutsis and Hutus dates back to Rwanda before colonization, but it was during the period of domination by the colonizers that this hostility was accentuated. Despite this, Tutsis and Hutus generally share the same culture, have similar traditions and speak the same language (kinyarwanda).

With the process of neocolonialism, the rivalry between the two groups grew considerably. The first settlers who settled in the region were the germans, at the end of the 19th century. The Germans' domination of Rwanda happened in partnership with the Tutsis, who occupied the main positions of the colonial administration and enjoyed a series of privileges.

This “ethnicization” of Rwanda intensified when the belgian took over the colonization of the country from the 1910s. Tutsis remained the privileged class at the expense of Hutus because Europeans considered them more “Europeanized” due to their fine facial features and lighter skin and, therefore, they were considered “superior” by the Belgians. This ethnic separation was accentuated from the 1930s, when the Belgians started to demand the issuance of identity cards that informed the ethnicity of the inhabitants of Rwanda.

During this revolutionary process, a supremacist movement emerged in the country, which defended the prevalence of Hutus about the Tutsis and claimed that they were outsiders who would have migrated from Ethiopia to Rwanda for centuries behind. The president elected after independence, Grégoire Kayibanda, implemented a policy of persecution of Tutsis, which has led thousands of people to flee to neighboring countries such as Uganda and Burundi.

Juvénal Habyarimana and the civil war

In 1973, Habyarimana Juvenal took control of the country after carrying out a military coup. Habyarimana, continued the persecution against the Tutsis and led an extremely corrupt and dictatorial government. Habyarimana's government enjoyed French and Belgian support throughout the 1970s and 1980s, however, from the 1980s onwards, an economic crisis weakened its power in the country.

The economic crisis was accentuated as foreign aid to the Rwandan economy was made conditional on greater democratization of the country. Amidst this, the crisis contributed to the growth of hate speech against Tutsis and to the exaltation of the Hutus with the action of the Akazu, an extremist organization that gave rise to the “PowerHutu”, the group that was responsible for the Tutsi genocide in 1994.

This group was created by the wife of President Habyarimana, agatheHabyarimana, and was composed of members of the government and the country's economic and political elite. The hate speech was disseminated by Akazu through a government newspaper called kangaroo and, from 1993, it was also broadcast by a television channel, called Radio Télévison Libre des Milles Collines (RTLM).

Civil war broke out in the country in 1990, when Tutsis launched an attack on government troops with an armed militia, organized among refugees settled in Uganda. This group became known as Rwanda Patriotic Front (FPR) and aimed to take power to allow Tutsi refugees in Uganda to return to the country.

This phase of the struggle continued until 1993 without much definition, when President Habyarimana agreed to sign a ceasefire with the FPR and establish some agreements between the parties. In addition to ending the conflict, Habyarimana agreed to the return of Tutsi refugees to Rwanda. The formation of a joint army between government troops and the FPR was also established, in addition to marking new elections.

The signing of the ceasefire has angered groups of Hutu extremists, who have come to accuse the president of treason. This brief period of peace was marked by the evident climate of tension in the country, with the Hutu Power spreading hate speech and encouraging the Hutu population to arm themselves. At that time, the development of countless popular militias that armed themselves in every possible way was recorded.

This tense situation in Rwanda was also registered in studies carried out by humanitarian entities, which concluded that the country was at clear risk of returning to conflict. In addition, the militias were found to be arming themselves and therefore posed a great risk. These militias, which were called Interahamwe (“those who fight”), received armaments in shipments sent by France. These studies were ignored by the UN, and no preventive action was taken.

On April 6, 1994, the president was returning from Tanzania when his plane was attacked near the airport in Kigali, capital of Rwanda. As a result of this incident, in which all crew members died, Hutu Power immediately accused the Tutsis of carrying out the attack on the president. This was used as a pretext to resume conflict and incite the Hutu population to carry out attacks against the Tutsi population.

The 100 days following President Habyarimana's death were marked by terror. Hutu extremists seized power and carried out a massive genocide in the country. The Hutus, armed mainly with machetes, carried out great persecution against the Tutsis and carried out massive massacres throughout Rwanda. During this period, it is estimated that about 800 thousand Tutsis have been killed.

Across the country, roads were closed by militias, and everyone passing them was required to show their identities (which registered their ethnicity). In addition, villages were attacked and razed to the ground by Hutu troops, and the Hutu government often provided the information to locate Tutsis with a view to killing them. During that period, there was no international mobilization of any kind to stop the ongoing genocide.

The massacre promoted by the Hutus was only interrupted when the FPR managed to conquer Kigali, removing the extremists from power in Rwanda. After that, attacks against Hutus in retaliation were also registered, with the number of Hutus killed at around 60,000. It is also estimated that about 1 million people died from 1990 to 1994. The government installed by the FPR banned ethnic divisions in the country after the Rwandan genocide.

GPS and MRU equation in use. The Physics Behind GPS

Accurate position determination is important for numerous activities, such as road freight transp...

What is absolute zero?

O absolute zero is the lower limit of temperature in nature, that corresponds to the lowest possi... 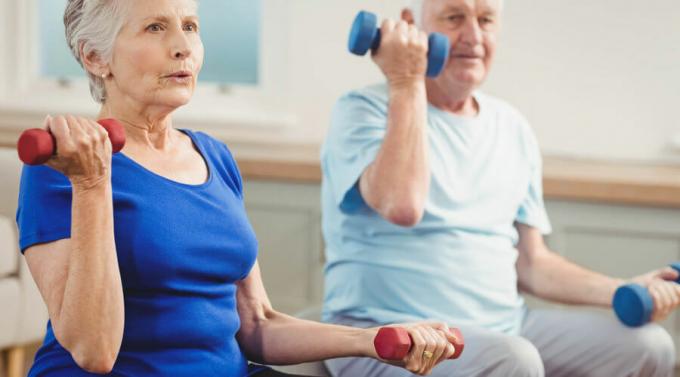 THE practice of physical activity is undoubtedly essential for us to increase our quality of life...