Aspects of the population of Minas Gerais

Located in the Southeast Region, the state of Minas Gerais has a territorial extension of 586,520,368 square kilometers, making it the largest federative unit in this region. According to the population count carried out in 2010 by the Brazilian Institute of Geography and Statistics (IBGE), the total population of the state is 19,597,330 inhabitants, a quantity that makes Minas Gerais the second most populous state in Brazil, only behind São Paulo (41,262,199) population). The Minas Gerais population corresponds to approximately 10.2% of the Brazilian population.

The settlement of this territory began at the end of the 16th century due to the discovery of gold, a fact which attracted several Portuguese, along with their African slaves, in search of gold and Diamond. Over the years, other economic activities were developed, and population increase occurred significantly. 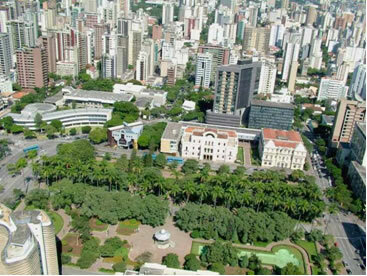 Belo Horizonte, capital of Minas Gerais, is the most populous city in the state

Minas Gerais has a large territorial extension, with socioeconomic disparities between the different regions of the state. The south, more industrialized and economically developed, is richer and has good social indicators. The northern portion, in turn, suffers from drought and the absence of effective public policies, being one of the poorest areas in the country, with a deficit in environmental sanitation services, a high infant mortality rate and a high rate of illiteracy.

The State's Human Development Index (HDI) has an average of 0.800 (10th place in the national ranking). The infant mortality rate is 19.1 deaths per thousand live births.

Intentional homicides (with intent to kill): 11.1 per thousand inhabitants.

Traralgon-born Australian virologist, specialist in immunological tissue resistance and one of th...