At internal migrations they are the migratory flows carried out within the national territory and, generally, they are associated with economic and social factors. Therefore, to understand the dynamics of internal population movements, it is necessary to consider that zones undergoing economic growth, in general, usually receive a greater quantity of people.

It was like this throughout the history of Brazil. Population concentration has always occurred in regions where productive activities were located: in the sugarcane economic cycle, in the Northeast, during the colonial period; in the South, during the expansion of cattle raising; in the period of mining in the Midwest and Minas Gerais; in the North region, during the rubber boom in the late 19th and early 20th centuries; in coffee production in the Southeast region also at the end of the 19th century, among others.

However, since the 1930s, migratory flows have followed the pace of industrialization. What contributed to rural-urban migrations - also called rural exodus - and to intensification of migrations towards the Southeast region of the country, mainly from the region North East.

O current picture of migrations in Brazil, however, seems to show the depletion of this mass migration. With urban centers – especially Rio de Janeiro and São Paulo – completely saturated and full social problems, there is no longer a great attraction in these cities for the reception of new migrants. In addition, there is a process of industrial deconcentration in the country, which has been contributing to a gradual reorganization of migratory flows.

Thus, according to the 2010 IBGE Census, this was the only region to present a positive balance of migrants in recent years. The South, Midwest and North regions, according to the same data, remained practically stable and the Southeast region became the great “exporter” of people.

This configuration represents, in addition to Brazilian industrial decentralization, the return population from other regions that had settled in the Southeast. This return, in general, does not represent an option, but a condition. It is the result of the appalling living conditions that most of these people who migrated to this region until the end of the twentieth century found, in addition to the scarcity of jobs and relations of racism regional.

Cesium-137 is a radioactive isotope (radioisotope) of the chemical element cesium (Cs), whose ato... What is a watershed?

Hydrographic basin is the drainage area or region of a main river and its tributaries. It is the ... 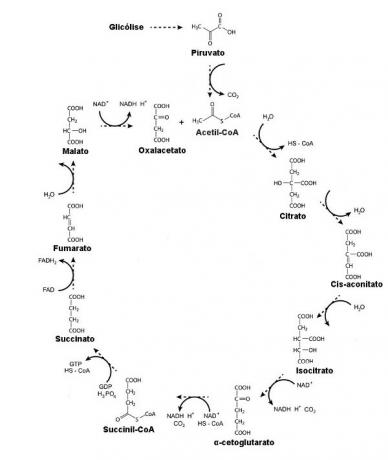 THE cellular respiration it is a process in which organic molecules are oxidized and ATP (adenosi...