O bullying corresponds to the practice of acts of physical or psychological violence, intentional and repeated, committed by one or more aggressors against a particular victim.

In other words, it means every type of physical or verbal torture that torments a large number of victims in Brazil and around the world. The English term "bullying" is derived from the word "bully" (tyrant, brutal).

While this type of aggression has always existed, the term was coined in the 1970s by Swedish psychologist Dan Olweus.

Bullying can occur in any environment where there is interpersonal contact, whether at the club, at church, in the family or at school.

The effective fight against bullying is gradually gaining importance in the media and in NGOs engaged in anti-bullying campaigns. This is because this practice has increased considerably in recent years in the country and in the world.

Conflicts between children and adolescents are common, as it is a phase of insecurity and self-assertion. However, when disagreements are frequent and lead to humiliation, that is where bullying proliferates.

In schools, attacks are usually carried out far from the authorities. They usually occur at the entrance or exit of the building, or even when teachers are not around.

They can also happen silently, in the classroom, in the presence of the teacher, with gestures, notes, etc. Physical attacks are more difficult to hide and often lead the family to transfer the victim to another school.

The aggressor, in general, has a perverse and sometimes unhealthy mind. He is aware of his actions and aware that his victims do not like his attitudes, but attacks as a way to stand out among his group. Thus, bullies think they will be more popular and feel the power with these acts.

The aggressors look for victims who normally differ from the majority due to some peculiarity. You preferred targets they are:

Generally, victims of bullying are ashamed and afraid to tell their family about the aggression they are suffering and, therefore, remain silent.

Victims of physical or verbal aggression are scarred and this wound can be perpetuated for life. In some cases, psychological help is essential to alleviate the difficult coexistence with such painful memories.

Here, therefore, it is up to parents and family members to notice the symptoms of children and/or adolescents. Therefore, if you notice any difference in behavior, it is important to contact the school officials and still have a frank conversation with the person who was attacked.

Actions like this can avoid future embarrassments, or even tragedies, such as the victim's suicide.

Some typical signs are observed in students who are victims of bullying, including:

Until recently, when cases of bullying came to justice, they were framed as offenses under the Penal Code such as libel, defamation and bodily harm.

However, on November 6, 2015 the Law No. 13,185 called "Program to Combat Systematic Intimidation (Bullying)". According to this document:

"Systematic intimidation (bullying) is any intentional and repetitive act of physical or psychological violence that occurs without evident motivation, practiced by an individual or group, against one or more people, with the objective of intimidating or assaulting her, causing pain and anguish to the victim, in a relationship of power imbalance between the parties involved."

However, according to current statistics, around 80% of Brazilian schools still do not punish aggressors.

The choice of date refers to the episode that took place on April 7, 2011 in the Realengo neighborhood, in Rio de Janeiro.

The result of the "Realengo Massacre", as the attack became known, was the death of 12 students and the shooter himself, who committed suicide. Many of Wellington's acquaintances and family members claimed that he suffered from bullying.

"A cry for help" (2013) is a Dutch film that deals with bullying suffered by a student at school. Directed by Dave Schram, the story is based on the book by writer Carry Slee.

Autocracy refers to a form of government centered on an individual, who holds all power without r...

Violence against women is considered any act of omission or aggression based on gender. Violence ... 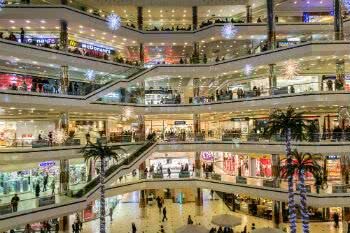 O consumerism it is the act that is related to excessive consumption, that is, buying products or...