Test your knowledge with questions about social movements with feedback prepared by our expert teachers.

(Enem/2011) ﻿In the 1990s, peasant social movements and NGOs stood out, alongside other collective subjects. In Brazilian society, the action of social movements has been slowly building a set of practices democratic institutions within schools, communities, organized groups and at the interface of civil society with the state. Dialogue, confrontation and conflict have been the engines in the process of democratic construction.
SOUZA, M.A. Social movements in contemporary Brazil: participation and possibilities of democratic practices. Available at http://www.ces uc. pt Accessed on: 30 Apr. 2010 (adapted).

According to the text, social movements contribute to the process of democratic construction, because:

a) determine the role of the State in socioeconomic transformations.
b) increase the climate of social tension in society
c) put pressure on the State to meet society's demands.

instagram story viewer
d) privilege certain parts of the company over others.
e) encourage the adoption of ethical values ​​by State bodies.

Social movements mediate between different social groups and the government. In this way, they put pressure on the State and demand that popular demands be met.

This measure reinforces the democratic character of the policy, as it makes it difficult for the government to act unilaterally or authoritarianly.

In a democratic society, individuals and groups organize themselves into associations, social and popular movements, different classes. organize in unions and parties, creating a social counter-power that, directly or indirectly, limits the power of the State.
Marilena Chauí, Invitation to Philosophy

In this sense, the importance of social movements for the claims of minority groups is because:

a) increase in insecurity and social chaos.
b) make their claims visible and increase their representativeness.
c) generate employment and financial capital movements.
d) weaken government institutions through criticism and demonstrations.

Correct alternative: b) make their claims visible and increase their representativeness.

In general, some minority groups have little political representation. Thus, without the action of organized movements, many demands run the risk of being made invisible, putting these groups on the margins of the democratic process.

Which of the organizations below is not a social movement?

City councils are the place of action of the legislative power in the figure of elected councilors. This institution represents the State, it can be acted upon by social movements, but it is not configured as a popular organization.

(Enem/2015) “There is no doubt that the main contribution of different types of movements in the last twenty years was in the plan of rebuilding the democratization process of the parents. And it is not just a matter of rebuilding the political regime, the resumption of democracy and the end of the Military Regime. It is about rebuilding or building new directions for the country's culture, filling gaps in the fight for democratization, constituting themselves as interlocutors that dialogue directly with the population and with the State.” (Adapted from: GOHN, M. G. M. The landless, NGOs and citizenship. São Paulo: Cortez, 2003).

In the process of Brazilian redemocratization, the new social movements contributed to

a) to diminish the legitimacy of the new political parties created then.
b) make democracy a social value that goes beyond electoral moments.
c) spread representative democracy as a fundamental objective of political struggle.
d) expand disputes over the hegemony of workers' organizations with unions.
e) to fragment the political struggles of the different social actors facing the State.

Correct alternative: b) make democracy a social value that goes beyond electoral moments.

Thus, the political participation of the population is not restricted to elections.

The “Diretas Já” movement was a popular mobilization that began in 1983. The movement claimed to:

Correct alternative: b) resumption of direct elections for the presidency of the republic

The movement started in May 1983, mobilized millions of people who demanded that the people could return to participate in the elections for the presidency of the republic, which had not happened since 1960.

The Landless Rural Workers Movement (MST), existing since the 1970s, is a social movement that has as one of its central agendas:

Correct alternative: a) agrarian reform and redistribution of unproductive land

The Landless Rural Workers Movement (MST) is the largest social movement in the country with around 350,000 families, with the objective of redistributing unproductive land.

Criticisms of the movement are related to the right to private property, guaranteed by the Federal Constitution. However, the movement pays attention to the fact that the Constitution provides for the agrarian reform of illegal and unproductive lands.

Features common to feminisms are:

a) Coalition of gender, race and social class guidelines.
b) The inversion of the current social structure and the subordination of man.
c) Overcoming capitalism through the extinction of the primitive accumulation suffered by women.
d) The struggle against patriarchal culture and for equal rights.

Correct alternative: d) The struggle against patriarchal culture and for equal rights.

The common characteristic of the different currents of feminism is the denunciation and reaction to a patriarchal culture, centered on the figure of the man as the head of the family and, consequently, of the State.

This perspective relegates women to a subordinate role. According to Simone de Beauvoir, the patriarchal culture made the woman to be understood as a "second sex", having its existence dependent and relativized by the figure of the man as the being universal.

The young Swedish activist Greta Thunberg is a reference in social movements in which area?

In recent years, Swedish activist Greta Thunberg has emerged as one of the great voices on the environmental issues in its relation to global warming, being nominated for the Nobel Peace Prize, in 2019.

It can be said that they are structural features of the new social movements, except:

a) Decision centered on a leading figure.
b) Development of collective actions.
c) Development of local, regional and global actions.
d) Use of internet tools for the dissemination of claims.

Correct alternative: a) Decision centered on a leading figure.

The new social movements have some characteristics that differentiate them from traditional class movements.

In general, they are decentralized movements, organized collectively without the figure of a movement leader.

Cyberactivism, for example, is one of the tools used by new social movements that have as characteristics the spontaneous and decentralized organization capable of strong mobilization and visibility for the claims.

The demonstrations in June 2013 in Brazil were a movement that took thousands of protesters to the streets and had a strong police repression in several states of the country. What agenda started this movement?

a) The high levels of corruption in the Brazilian political sector.
b) the polarization generated by the ideologies present in social movements.
c) The opposition to the increase in public transport tickets.
d) The closing of the congress and the implementation of a military regime.

The movement that gave rise to the June 2013 demonstrations, also called the Jornadas de Junho, began with a campaign against the increase in tickets in several cities across the country.

The demonstrations became bigger and bigger and started to use the motto "it's not just for R$ 0.20" (in reference to the increase in tickets).

In a short time, the mobilization took millions of citizens to the streets with a wide variety of agendas.

Other texts to help with studies:

What is Dialectical Materialism?

Dialectical materialism is a philosophical current that uses the concept of dialectic to understa... 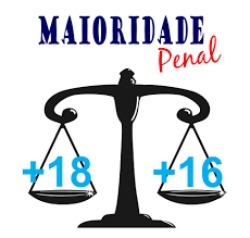 Criminal majority: what is it, arguments for and against

Criminal majority it is the establishment of an age at which citizens are fully responsible for t... 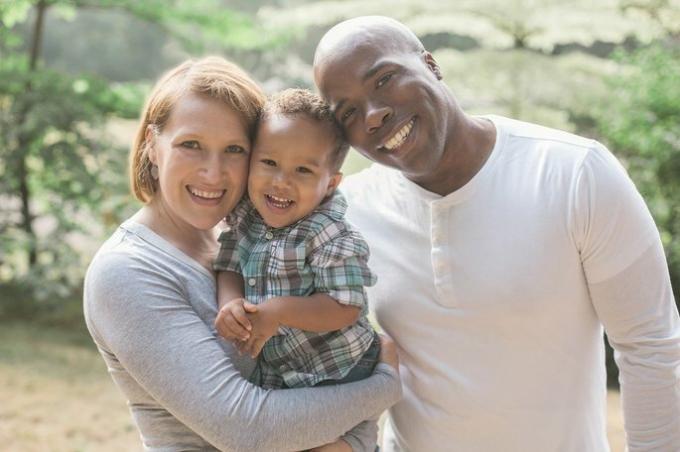 The family represents the union between people who have blood ties, coexistence and based on affe...