Test your knowledge of capitalism, its development, main phases and important concepts with exercises developed and commented by our experts.

"It is not from the benevolence of the butcher, the brewer and the baker that we await our dinner, but from the consideration he has for his own interests. We appeal not to humanity but to self-love, and we never speak of our needs but of the advantages they can gain."
Adam Smith, The Wealth of Nations

Adam Smith was a British economist who structured the fundamental principles of capitalism. According to his doctrine, "self-interest" (self-interest) would be the engine by which social and economic development would take place.

According to the doctrine proposed by Adam Smith, the economic, social and political aspects would be controlled by:

Correct alternative: b) invisible hand of the market

For Adam Smith, laws should be organized to preserve the freedom of citizens and allow the interests of each to regulate themselves, according to the laws of supply and demand.

The interaction between these forces would be enough to achieve a beneficial balance for the entire society. Selfish, self-interest, a natural characteristic of human beings, would be channeled towards the social good.

This "invisible hand" regulates all these economic and commodity exchange relations, expanding into the context of political and social relations.

This famous phrase by Winston Churchill, former British Prime Minister, criticizes the socialist model. This is because for Churchill:

a) the freedom of the market brings benefits despite inequalities, while the socialization of the means of production generates an impoverishment of society.
b) capitalism has vices and socialism only virtues.
c) the capitalist system is unable to control its contradictions and private property must be abolished.
d) capitalism is a blessing from its sharing of wealth, while socialism tends to misery because it does not strengthen the state.

Correct alternative: a) the freedom of the market brings benefits despite inequalities, while the socialization of the means of production generates an impoverishment of society.

Winston Churchill, former British Prime Minister, was a conservative politician adept at economic liberalism. For him, socialism would be based on the abolition of wealth by preventing the right to private property in the means of production.

This process would result in the general impoverishment of socialist society. On the contrary, capitalism, guaranteeing the right to property, would provide the production of wealth and the gradual extinction of poverty.

understand better by reading: Differences between Capitalism and Socialism.

The market economy preaches the total freedom of its participants, for the flow of exchange of goods and minimum state intervention.

In this model, the fundamental law that should regulate the entire economy is:

a) law of supply and demand.
b) law of the strongest.
c) labor law.
d) law of return.

Correct alternative: a) law of supply and demand.

The market economy is the economic model centered on the law of supply and demand.

Thus, according to the needs of consumers and the productive capacity of the industry, the market manages to regulate itself.

Able to increase production efficiency and maintain prices, regulating inflation, interest rates and providing access to consumer goods to as many people as possible.

Capitalism, over time, has gone through several phases marked by:

I. Favorable trade balance, emergence and rise of the bourgeoisie.
II. Revolution in the mode of production and development of the manufacturing sector.
III. Centrality in banks and large multinational corporations.

These three phases described above represent, respectively, the main characteristics of:

Capitalism has three major phases that define its development:

1. O commercial capitalism or mercantilism, also called pre-capitalism, was based on the exchange of goods between countries with the aim of exporting (sell) rather than importing (buying). For this, customs barriers were created to benefit domestic production. This is also the period of the rise of the bourgeoisie.

2. O industrial capitalism or industrialism arises from the industrial revolutions. Thus, manufactured products lose strength and industrialized products, made in greater quantities and in less time, transform the mode of production, the economy and the social structure.

3. O financial capitalism or monopolist develops from the Second World War. In this phase, high industrial production is maintained, but now controlled by multinational companies, corporations and banks, which assume the monopoly of financial movements.

See more at: Stages of Capitalism.

Commercial capitalism, also called mercantilism, which prevailed after the end of feudalism, is marked by the emergence of a new social class and the change in the mode of production. Land loses its centrality as a guarantee of wealth and prosperity.

What social class has its rise in this period and what is the central objective of commercial capitalism?

Commercial capitalism takes shape with the end of the feudal period. Thus, land is no longer the factor that represents wealth and is understood as a good, based on its value as a commodity.

This change transfers the centrality of the system to commerce and the exchange of goods. This makes room for the rise of the merchants' social class, the bourgeoisie and with it the determination of value through profit and accumulation.

Thus, the objective of the system is no longer strictly territorial and is based on capital accumulation. A greater volume of exports than imports guarantee a surplus and benefit the countries' economy. This trade balance will be favorable whenever the total collected is greater than the total spent.

"The first condition for the establishment of perpetual peace is, of course, the general adoption of the principles of capitalism laissez-faire."
Ludwig von Mises, Omnipotent Government

Which alternative best represents the characteristics of capitalism laissez-faire?

a) The subject as an agent of change in history, abolition of private property and strengthening of the State against the market economy.
b) Submission of the individual to the community, self-regulation of the market and construction of a classless society.
c) Total and unrestricted freedom for individuals, for the market and greater State intervention in the economy.
d) The individual is the fundamental economic agent, market freedom and the role of the State restricted to protecting the right to property and maintaining peace.

Correct alternative: d) The individual is the fundamental economic agent, market freedom and the role of the State restricted to the protection of the right to property and maintenance of peace.

Laissez-faire (in French, "let it be") represents the spirit of liberalism. From this conception, the individual is understood as the basic structure of society, endowed with freedom, has the natural right to property.

Thus, the State has a restricted role, and should not intervene in the economy, only in specific cases where the freedom of citizens may be at risk.

The production model developed by Henry Ford represented an advance in the productive mode and the apogee of industrial capitalism, which enabled the beginning of a new phase of monopolistic capitalism.

This process, called Fordism, is characterized by:

a) Organization of artisans in cooperatives, customized production and aimed at high-income consumers.
b) Development of five-year plans, production aimed at meeting the needs of the population and state control of the industry.
c) Application of semi-automatic assembly lines, reducing production costs and increasing product supply.
d) Automation of the production process, extinction of stocking and production to order.

Fordism represented a strong change in the established production model. The rationalization of production allows for a leap in productivity associated with a drastic reduction in production costs.
Thus, by producing more for a lower cost, it is possible to reach a larger consumer market and maximize profits.

Neoliberalism is one of the main trends in contemporary capitalism. According to the characteristics of neoliberalism, consider the following statements as true (T) or false (F):

What is the correct alternative?

I. TRUE. Neoliberalism preaches the minimal state. Therefore, business administration should be a private sector task with as little or no state intervention as possible.

II. TRUE. The flow of international finance capital is what enables investments to be made across the globe.

III. TRUE. From the globalization process, the formation and installation of multinational companies aims to allow greater production efficiency at the lowest cost.

V. TRUE. In order to benefit the free circulation of capital, economic protectionism must be abolished and the market must be self-regulated.

The description above exposes a recent change in the capitalist mode of production represented by:

The globalization process that took place after the end of the Soviet Union and the ideological polarization in the world. The former countries of the socialist bloc assumed the capitalist model and made it possible to open up a new market.

Allied to the evolution of technologies that enable the globalization of production and the economy, the world started to operate from informational and productive networks.

I. Two or more companies in the same sector enter into an agreement to maintain a price range for their products.
II. Competing companies merge, forming one in order to dominate the offer of products in a given sector.
III. One company performs administrative activities over several others in different market sectors.
IV. A company decides to export its product at a price below market value in order to make competitors unfeasible and dominate the world market.

The capitalist doctrine is based on the law of free demand. However, in the third phase of capitalism, there are strategies that aim at market monopoly to control prices and maximize profits.

Different countries create laws to limit this type of action. In Brazil, there are anti-dumping rights, the formation of a cartel and trust are also prohibited by law.

Holding companies, on the other hand, undergo a process to assess whether there is abuse of economic power. 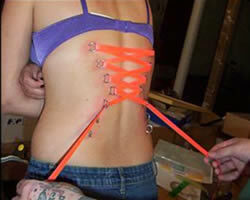 It is any and all changes made to the body, irreversible or not, performed for a non-medical reas... 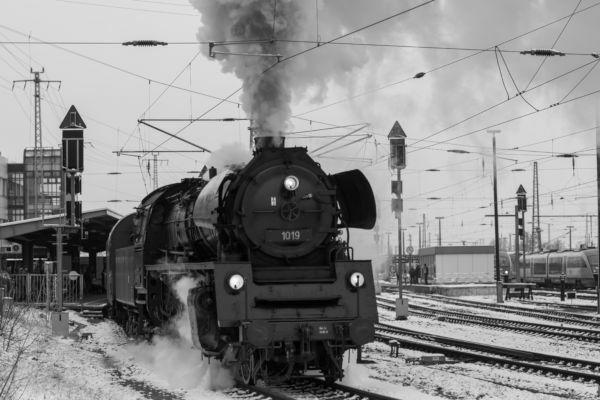 Auguste Comte: who was it, importance and positivism

Who was Auguste Comte?Born in Montpellier, France, in the year 1798, Isidore Auguste Marie Franço... 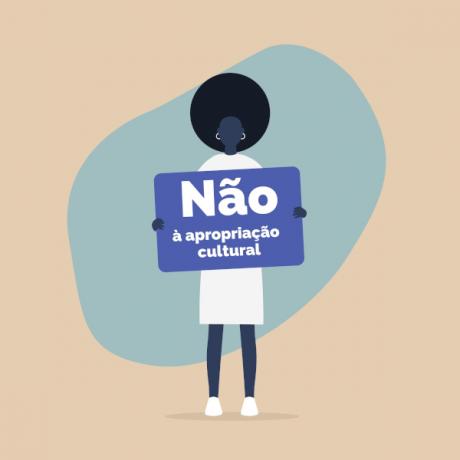 Cultural appropriation - what it is, origin, consequences

THE cultural appropriation it occurs when a person or hegemonic social group in a society starts ...