Depending on their role, they are classified into:

THE metaphor represents a comparison of words with different meanings and whose comparative term is implied in the sentence.

Call of Comparation explicit, unlike metaphor, in this case comparison connectives are used (as, well, as such).

THE metonymy it is the transposition of meanings considering part for the whole, author for work.

THE catachresis represents the misuse of a word because there is no other more specific.

Example: boarded just on the plane.

Boarding is putting yourself on board a boat, but as there is no specific term for the plane, boarding is used.

THE synesthesia it happens by the association of sensations by organs of different senses.

Example: with that cold eyes, she said she didn't like her girlfriend anymore.

Coldness is associated with touch and not sight.

THE periphrasis, also called antonomasia, is the replacement of one or more words by another that identifies it.

THE hyperbole corresponds to the intentional exaggeration in the expression.

Example: Almost I died from studying.

Example: He gave his soul to God.

Above, the phrase informs someone's death.

O littor represents a way to soften an idea. In this sense it resembles the euphemism as well as the opposition of hyperbole.

Example: — It's not that they are bad company… — said the son to his mother.

From the speech, we realized that although their companies are not bad, they are not good either.

THE irony it is the representation of the opposite of what is stated.

Example: É so smart what doesn't hit anything.

See too:Difference between Sarcasm and Irony

THE personification or prosopopeia is the attribution of human qualities and feelings to irrational beings.

Example: the garden looked the children without saying anything.

THE antithesis it is the use of terms that have opposite meanings.

Example: All war ends where it should have started: the peace.

O paradox it represents the use of ideas that have opposite meanings, not just terms (as in the case of the antithesis).

Example: I am blind of love and I see how good this is.

How is it possible for someone to be blind and see?

THE gradation it is the presentation of ideas that progress in an ascending (climax) or descending (anti-climax) way.

Example: Initially calm, after only controlled, to the point of total nervousness.

In the example above, we follow the progression from tranquility to nervousness.

THE apostrophe is the interpellation made with emphasis.

Example: oh God, does it need to rain more?

THE Ellipse it is the omission of an easily identifiable word.

THE zeugma it is the omission of a word because it has been used before.

O hyperbatic it is the alteration of the direct order of prayer.

O polysyndeton it is the repeated use of connectives.

Example: The children spoke and sang and they laughed happily.

O asyndeton represents the omission of connectives, being the opposite of the polysyndeton.

Example: Does not blow the wind; the vacancies do not moan; the rivers do not murmur. 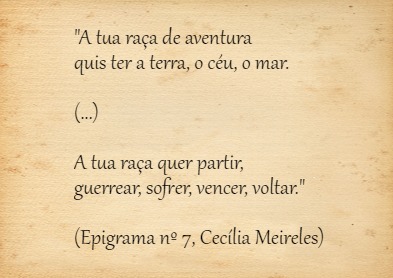 O anacolutton it is the sudden change in sentence structure.

Pleonasm it is the repetition of the word or idea contained in it to intensify the meaning.

THE anaphora is the repetition of one or more words on a regular basis.

Example: If you get out, if you to stay, if you want to wait. If you “anything”, I will always be here for you.

THE alliteration it is the repetition of consonant sounds.

Example: O ract roi the rcare of the rhey of ROman.

Paronomasia it is the repetition of words that sound similar.

THE assonance it is the repetition of vowel sounds.

Onomatopoeia it is the insertion of words in speech that imitate sounds.

Example: I can't stand the TIC Tac of that watch.

Check in the table below what differentiates each of the figures of speech, as well as each of their types.

Finally, we leave a trick that will help you even more in the Vestibular and Enem. Watch this video produced by the Dom Bosco Catholic University:

Vesti & Bular - Figures of the Language of Love (Vestibular Mallet)

1. (UNITAU) In the phrase: “A white and cold word”, we find the figure named:

"The novelty hit the beach
in the rare mermaid quality
half a bust of a mayan goddess
half a big whale's tail
the novelty was the maximum
of the paradox stretched out in the sand
some wanting your goddess kisses
others to wish your ass for supper
oh so uneven world
everything so unequal
on one side this carnival
on the other, total hunger
and the novelty that would be a dream
smiling mermaid miracle
it became such a ghastly nightmare
there on that beach, there on the sand
the novelty was the war
between the happy poet and the hungry
tearing a pretty mermaid apart
shattering the dream to each side"

Gilberto Gil in his poem uses a textual construction procedure that consists of grouping ideas of opposite or contradictory meanings in the same unit of meaning.

The figure of speech characterized above is:

Keep practicing on the topic:

Figures of Language - All Matter
Teachs.ru 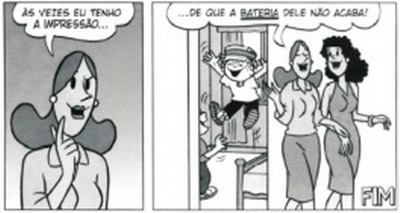 THE connotation and denotation they are language manifestations that are related to the meanings ...

Zeugma is a figure of speech that is in the category of syntax or construction figures. This is b...

A periphrase is a figure of speech that is related to words. For this reason, it is in the word p...