His studies focused on theoretical-methodological questions about the origin of Western civilization and its place in universal history.

Weber believed that the sociologist's function would be to understand the meaning of so-called social actions and explain their causal logic.

Thus, his contributions were directed towards the multi-causal analysis of social phenomena.

In his studies, Weber highlights cultural and material factors in the emergence of modern institutions. He also analyzes the consequent process of rationalization and disenchantment of the world that accompany them.

Weber sought to understand society in a more abstract way and integrated with historical, cultural and social conditions.

Weberian sociology is essentially hermeneutic and seeks to understand the network of meanings that man has woven and “tangled up”. She claims that society would be the result of the forms of relationship between its constituent subjects.

He therefore realized that science participates in a general historical process of rationalization and intellectualization of life.

Therefore, the object of sociology would be infinite reality. To analyze it, Weber argues that we could only do it through "ideal types", which would serve as interpretive models.

The sociologist argues that human beings are driven by social actions which in turn are characterized as rational and non-rational. Are they:

Below, the social actions that Weber considered did not go through rationality and were guided by subjectivism:

See too:Social action
Therefore, insofar as reality is infinite, we do nothing but a cutout, an interpretation, as an attempt to explain it.

Weber does not believe that there are general laws that explain the totality of the social world. On the other hand, your contemporary Emile Durkheim (1858-1917) is based on the natural sciences as a methodological model of analysis.

For Max Weber, general laws follow cultural dynamics and from them we can only look for causal laws, which are susceptible to understanding based on scientific rationality.

Maximilian Karl Emil Weber was born in Erfurt on April 21, 1864.

He was one of the greatest German intellectuals of his time, standing out as a jurist, economist and sociologist.

His academic career began in 1882, when he entered the Faculty of Law at the University of Heidelberg. There, he will attend classes in political economy, history and theology.

Appointed professor of economics at the Universities of Freiburg (1894) and Heidelberg (1896), Max Weber taught until 1900, when he was removed from teaching due to a nervous breakdown. He would only recover in 1918 and this year he returned to teaching.

Despite this, he was engaged in other assignments, such as consulting and academic research, facilitated by his position as Associate Director of the Archives of Social Sciences and Social Policy.

Weber published his first draft of a sociological method in the article "On some categories of comprehensive sociology" (1907).

In 1917, already in Munich, Max Weber tried to elucidate the fundamental factors of the process of disenchantment of the world perpetrated by science.

During World War I, he was director of military hospitals in Heidelberg, until he returned to teaching economics in Vienna and later, in 1919, in Munich.

Max Weber died in that same city in 1920, victim of pneumonia.

Max Weber lived during the creation and consolidation of the German Empire and witnessed the industrialization that took over this new country.

Thus, he closely followed the growth of the organization of a great state and how citizens were incorporated into the new bureaucracy that governed their lives.

When Max Weber taught sociology it was already a consolidated discipline and he was one of the founders of the German Association of Sociology.

Max Weber was greatly influenced by the writings of Immanuel Kant, especially from the Kantian conception of "a priori".

Weber developed the concept of "ideal type", according to which the categories of social science would be a subjective construction of the researcher.

This theme permeates his work as a whole, however, it is clearer in "Protestant Ethics and the Spirit of Capitalism", of 1903, "Studies on Sociology and Religion", of 1921 and "Methodology Studies", of 1922.

His most widely read work is the essay "Protestant Ethics and the Spirit of Capitalism". In this book, the author highlights the importance of some characteristics of the Protestantism ascetic, as the main responsible for the birth of modern capitalism.

Max Weber highlighted how Protestantism, especially the Calvinism of the 16th and 17th centuries, made possible the creation of industrial capitalism.

The belief in wealth as a sign of divine blessing, savings, thrift in spending, formed the basis of modern capitalist economic system and enabled the accumulation of capital that was destined to industrialization.

They also introduced methodical, disciplined, and rational behavior into society.

Also read about some issues related to Weber's sociology: 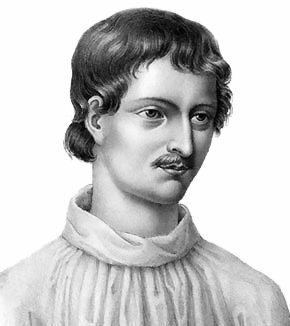 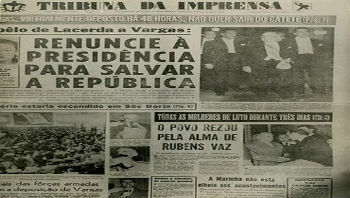 Carlos Lacerda: who was it, government and attack

Carlos Lacerda (1914-1977) was a Brazilian writer, businessman and politician.Brilliant orator an... 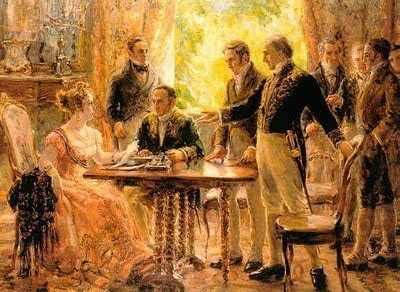 Empress Leopoldina: discover the life of the first empress of Brazil