O consumerism it is the act that is related to excessive consumption, that is, buying products or services in an exaggerated way.

Consumerism is characteristic of modern capitalist societies and the expansion of globalization.

It is part of the so-called “Consumer Society”, where the massive and unrestrained consumption of goods and services takes place, which aims, above all, for the profit of companies and economic development.

This consumer attitude emerged from the Industrial Revolution in the eighteenth century, so that industrial processes made it possible to increase production and, consequently, the consumption of products.

The terms “consumption” and “consumerism” are distinct. The first is associated with the act of consuming, necessary for all human beings. The second is associated with pathology, as it refers to excessive and alienated consumption, that is, it denotes a mental disorder.

In such a way, all people inserted in the current world are consumers, however, consumers take this act to the extreme, deliberately buying a lot of things that they usually don't. need.

The alienated consumerism of industrialized products grew considerably after the Industrial Revolution definitely changing the relationship between human beings and their material needs.

People, influenced by the media and the media mass media, are bombarded with information aimed primarily at consumption. This way of acting, without questioning and devoid of critical thinking, is called "Social Alienation".

The marketing of companies and the advertising messages conveyed in the media have generated a consumerist and alienated population. That is, it makes it impossible for individuals to have their own thoughts and actions, which are directly influenced by the models and standards of life reproduced by the mass media (television, newspapers, magazines, internet, etc.).

This has brought several problems to modern societies, for example, the development of diseases related to consumption, the feeling of impotence of consumers, in short, the dissatisfaction of man that is not yet supplied by the consumption.

In this way, the human being seeks happiness in “having things” instead of “being”. This makes us think about the stereotypes developed by modern societies. It identifies different patterns and prejudices about some image. For example, when we see a poorly dressed person, we associate it with their lack of money and possessions, which may be the other way around.

See too:Alienation in Sociology and Philosophy

One of the recurrent themes associated with the consumer society is related to children.

Likewise, children are induced to consume certain products, goods and services through advertisements in the media.

They are already growing up wanting the newest products and fostering the modern capitalist chain.

Compulsive consumerism is a type of uncontrolled and irrational consumerism, devoid of critical sense and social, political and environmental conscience.

In this sense, people are driven by consumption and buy products or services they do not need (superfluous goods), which results in an excessive accumulation of goods and products.

Currently, the accumulation of products, or even garbage, has been evaluated by several psychologists and specialists, which led to a new denomination of modern disorder: compulsive accumulation.

Is consumerism a disease?

Diogenes Syndrome is the pathological name given to people who tend to compulsively accumulate things, objects, garbage, etc.

They are usually unnecessary (superfluous) things that they accumulate over time and create some kind of sentimental relationship. These individuals have great difficulty in letting go of things.

It becomes, therefore, a great vicious circle (between the consumer and consumer goods) in which objects supply various needs (emotional, social, economic, etc.) momentary of beings who suffer from these disorders.

Since it is a problem generated by modern society, there are already many experts on the subject. They assess the degree of disorder in each individual, which will be accompanied by a type of psychological or psychiatric treatment (therapy).

These people usually have difficulties in social interaction, characterized by the social isolation and, consequently, to the development of emotional disorders.

Another disorder associated with consumption is called “oneomania”, that is, an obsessive-compulsive psychological disorder developed, in large part, in females.

Individuals who suffer from this condition become compulsive buyers as well as large debtors. These people are generally anxious and feel a great relief and satisfaction after the act of consumption, which however, returns in a short period of time, generating a huge vicious circle.

Note that this disorder is like an addiction and can generate Diogenes Syndrome.

Consumer relations in modern societies have drawn attention to the environmental problems it has been generating on the planet.

Excessive consumption leads to accumulation of objects and excess garbage. This is because consumerism processes increasingly encourage consumers to consume again.

The "Scheduled Obsolescence", the name given to the "lifetime" of consumer objects, has been planned by specialists with the in order to limit the time of use of consumer objects, which leads people to exchange their "old" objects for a more updated. Planned obsolescence has generated a large amount of waste across the planet.

On the other hand, conscious consumption is developed by individuals who can see and distinguish the problem of necessity and consumerism. As such, conscientious consumers buy only what they need to live.

In addition, they do not suffer from cumulative disorders and when they discard objects they no longer need, they resort to selective collection, which causes less environmental impact.

To better understand consumer processes in today's world, below are three video tips that address the subject:

To learn about the minimalist lifestyle, which preaches the opposite of consumerism, read:

Principles of Education – how to treat others

When we were little we learned that to live in a group, things will not always happen according t... Suffragette movement: what was it, performances, leaders 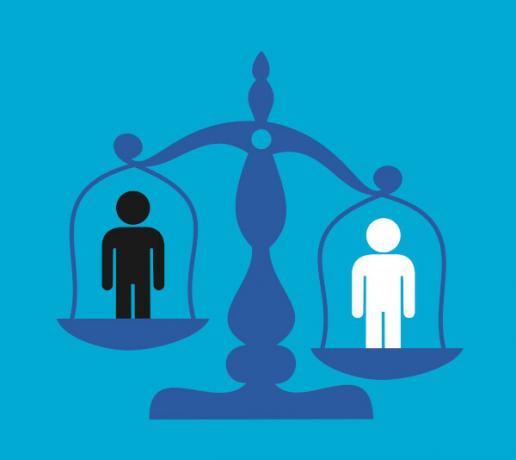 Social mobility: what it is, types, importance

THE social mobility is the change of position within the hierarchical structure of a society. Thi...