A Hora da Estrela: summary, analysis and excerpts from the work

“Star Hour” is the last novel by Brazilian writer Clarice Lispector, published in 1977. It is an instigating and original work, of an autobiographical nature, belonging to the Third Generation Modernist.

It is classified as an intimate novel, also known as a psychological novel, a style in which the author stands out. After all, Clarice's work is marked by her emotions and personal feelings.

The story is narrated by Rodrigo S.M. (narrator-character), a writer awaiting death. He is one of the key pieces in the book. Throughout the work he reflects her feelings and those of Macabéa, the protagonist of the work.

Orphan of father and mother, and raised by an aunt who abused her a lot, Macabéa is a 19-year-old poor woman from Alagoas who has a skinny body and only eats hot dogs. Furthermore, she is ugly, virgin, shy, lonely, ignorant, alienated and of few words.

When she goes to live in Rio de Janeiro, she gets a job as a typist in the city. She is even fired by her boss, Raimundo, who finally has compassion on Macabéa, letting her keep the job.

In Rio de Janeiro, Macabéa lives in a boarding house and shares a room with three girls. All of them are clerks at Lojas Americanas and are called “the three Marias”: Maria da Penha, Maria da Graça and Maria José.

One of her greatest pleasures in her spare time is listening to her clock radio, borrowed from one of the Marias.

Even devoid of beauty, Macabéa (or Maca, her nickname) manages to find a boyfriend, the ambitious northeastern and Olympic metalworker of Jesus Moreira Chaves. The relationship ends when Gloria, unlike Macabéa, beautiful and smart, steals her boyfriend.

When he goes to Fortune Teller, an imposter named Madame Carlota, Macabéa discovers through her “lucky” letters. However, on leaving there, she crosses the street very happy for the words she had just heard, being run over by a yellow Mercedes Benz.

That's where her "star hour" takes place, the moment when everyone sees her and she feels like a movie star. The work has a great irony in its conclusion, since it is only at the moment of death that Macabéa obtains the grandeur of being.

in A Star hour Clarice projects her anxieties and fears just before she passes away. This of course, without leaving a mark on one of her singularities as a writer: the psychological deepening of the characters.

Thus, projected on the figure of the fictional omniscient narrator-character, Rodrigo S.M., Clarice ends her work by expressing her discomfort about death:

“And now—now all I have to do is light a cigarette and go home.
My God, I just remembered that we die.
But — but me too?!
Don't forget that for now it's time for strawberries.
Yea."

In the “Author's Dedication” Clarice states:

"This story takes place in a state of emergency and public calamity. It is an unfinished book because it lacks an answer. An answer that someone in the world can give me. You? It's a technicolor story to have some luxury, by God, that I need too. Amen to us all.”

After the Dedication, Clarice lists the various possible titles that the writer thought for her work:

excerpts from the book Star Hour

To better understand the language used in the book, below are some excerpts from the work:

“Perhaps the northeastern woman had already come to the conclusion that life is very uncomfortable, a soul that doesn't fit well in the body, even a thin soul like yours. She imagined, all superstitious, that if by chance she were ever to feel a good taste of life – she would suddenly become disenchanted from the princess that she was and would turn into a creeping animal. Because, as bad as her situation was, she didn't want to be deprived of herself, she wanted to be herself. She thought she would fall into severe punishment and even risk dying if she had the taste. So she defended herself from death through living less, spending little of her life so that it doesn't end. This economy gave him some security because whoever falls from the ground does not pass. Did she have the feeling that she lived for nothing? I can't even know, but I don't think so. Only once was a tragic question asked: Who am I? He got so scared that he completely stopped thinking.”

“Every morning she turned on the radio borrowed by a roommate, Maria da Penha, turned it on very softly so as not to wake the others, turned it on invariably for Rádio Relógio, which gave “the right time and culture”, and no music, only drops that fell in sound – every drop of a minute that passed. And above all, this radio channel took advantage of intervals between such drops of minutes to give commercial advertisements – she loved advertisements. It was a perfect radio because even among the drops of time it gave short lessons that maybe someday I would need to know. That's how she learned that Emperor Charlemagne was in his land called Carolus. True, she had never found a way to apply this information. But you never know, whoever waits always achieves. She had also heard the information that the only animal that does not mate with a child is the horse.

— That, lad, is indecency, she told the radio.”

“Then Macabéa said a phrase that none of the passersby understood. She said it very pronounced and clear:

— As for the future.

Did she miss the future? I hear the old music of words and words, yes it is. At this exact time, Macabea feels a deep nausea in her stomach and almost vomited, she wanted to vomit what is not a body, vomit something luminous. A thousand-pointed star.

What am I seeing now that scares me? I see that she vomited some blood, vast spasm, at last the core touching the core: victory!

And then - then the sudden screeching cry of a seagull, suddenly the voracious eagle lifting the tender sheep high into the air, the fluffy cat tearing a dirty dirty mouse to pieces, life eats life.”

Check out the work in full by downloading the PDF here: Star hour.

Directed by Suzana Amaral, Clarice's work was transformed into a feature film in 1985.

Exercises about the book

1. (Fuvest) “The action of this story will result in my transfiguration into someone else (…)”.
In this excerpt from star hour, the narrator expresses one of his most striking tendencies, which he will reiterate throughout the book. Among the excerpts below, the only one that does NOT express a corresponding trend is:

a) “I see the northeastern woman looking at herself in the mirror and (…) my tired and bearded face appears in the mirror. We exchanged so much”.
b) “It is my passion to be the other. In this case, the other one”.
c) “Meanwhile, Macabéa on the ground seemed to become more and more a Macabéa, as if she had come to herself”.
d) “Gods may I never describe the Lazarus, because otherwise I would cover myself with leprosy”.
e) “I know you to the bone through an incantation that comes from me to you”.

Alternative c: “Meanwhile, Macabéa on the ground seemed to become more and more a Macabéa, as if she had come to herself”.

2. (Fuvest) About the narrator of star hour, by Clarice Lispector, it can be said that:

a) is of the observer type, as it reveals that it has no knowledge of what goes on in the character's sentimental and psychic universe (Macabéa).
b) she is omniscient, as she assumes the role of creator of a life, about which she has all the information; the power of omniscience is, for him, a source of satisfaction, as Rodrigo S. he realizes that the facts depend on his agency.
c) is of the observer type, as it limits itself to superficially describing Macabéa's emotions, which is evident in the enigmatic occurrences of the term “explosion”, always presented in parentheses.
d) is constituted as a character, as she narrates in the first person; there are, however, no references to her personal history, as her objective is to talk about a fictional character (Macabéa).
e) he is one of the characters in the book; however, by presenting himself not only as a narrator, but also as a creator of the story, he problematizes the essence of fictional literature, which resides in the arbitrary recreation of the real.

Alternative b: he is omniscient, as he assumes the role of creator of a life, about which he has all the information; the power of omniscience is, for him, a source of satisfaction, as Rodrigo S. he realizes that the facts depend on his agency.

3. (PUC-RS) ___________, the character of Clarice Lispector in star hour, she is a northeastern woman, poor, ugly, with no inner life, unable to maintain a relationship with her boyfriend.
Her “star hour” only happens when she leaves happy and distracted from the fortune teller and ___________.
In the novel, existential problems are related to the girl's ___________.

The gaps can be correctly and respectively filled by:

a) Gabriela – she is murdered and disappears – religious beliefs.
b) Macabéa – is run over and dies – sociocultural conditions.
c) Aurora – meets Fernando and home – physical weaknesses.
d) Capitu – is run over but is saved – financial difficulties.
e) Diadorim – returns to the sertão and lives alone – economic needs.

Alternative b: Macabéa – is run over and dies – sociocultural conditions.

Claro Enigma is a work composed of 42 poems. It dates back to 1951 and is written by Carlos Drumm...

Sagarana: summary of the work of João Guimarães Rosa 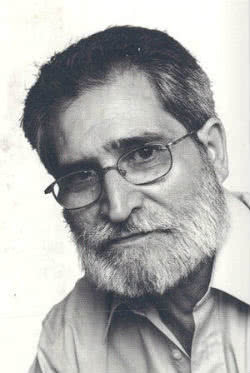 mayombe it is a novel by Angolan writer Pepetela which was published in 1980.The work is named af...