THE Independenceof the Spanish colonies in America it took place after nearly 300 years of colonial rule and resulted in the formation of 18 new countries.

The emancipation movements were divided into three phases called:

The Spanish colonial empire, since the 18th century, was divided into four viceroyalties and four general captaincies:

For their part, the captaincies-general are equivalent to the territories of Cuba, Guatemala, Venezuela and Chile.

The independence of the Spanish American colonies took place in the 18th century when ideas such as liberalism and autonomy began to conquer the elites. creoles.

In addition, we can cite as causes:

The first military actions received harsh repression from the metropolis. Although they took place in a disorganized and untimely manner, they helped the colonies to question the system of exploitation and created the conditions for future wars.

Among the most important movements is the one led by Tupac Amaru II, who fought from 1780 for the independence of Peruvian territory.

In the first uprising, 60,000 Indians were killed by the Spaniards and Tupac Amaru was arrested and executed. From 1783 onwards, similar revolts took place and were equally suppressed in Venezuela and Chile.

The main Venezuelan leader was Francisco de Miranda (1750-1816) who, in 1806, took the first steps towards the independence of the Spanish colonies. Miranda followed the North American as well as the Haitian model when slaves freed themselves from France.

The accession of José Bonaparte (1778-1844) to the Spanish throne in 1808 intensified the process of liberation. Spaniards loyal to the king gathered in Cádiz to resist French rule.

For their part, the criollos, through the cabildos, guaranteed their loyalty to King Ferdinand VII, by not recognizing José Bonaparte as king of Spain.

The movement of criollos, however, moved from loyalty to the understanding that they could be emancipated and movements for freedom intensified from 1810 onwards.

Contrary to what happened with Brazil, at this first moment, the independence movements did not count on the help of England. After all, this country was fighting the Napoleonic Empire.

Only in 1815, when Napoleon was defeated by English troops, did the Spanish colonies receive support for independence granted by Great Britain.

With an interest in new trade agreements, England supported the uprisings that began in 1817 and lasted until 1824.

Among the main leaders is Simon Bolivar (1783-1830) whose military campaign resulted in the independence of Colombia, Ecuador and Venezuela.

In exchange for the military support provided by the Haitians, Bolivar pledged to abolish slavery in every territory he conquered.

The independence of Argentina, Chile and Peru was commanded by José de San Martín (1778-1850). Both leaders met at Guayaquil on July 27, 1822, in order to agree policy strategies for the new countries.

When most of the Spanish colonies had already achieved their independence, the United States proclaimed the Monroe Doctrine.

With the motto "America for Americans", the doctrine was summed up in combating military interventions from European countries to the nations of the American continent.

Decades later it would be the Americans who would do the same by expelling the Spaniards from Puerto Rico and Cuba.

Check below the emancipation dates of the colonies on the American continent:

Most of the flags of the countries of Spanish America were created at the time of independence. How about reading up on their history and learning more about the subject?

You concentration camps were used by the Nazi regime to imprison thousands of people in the 1930s... 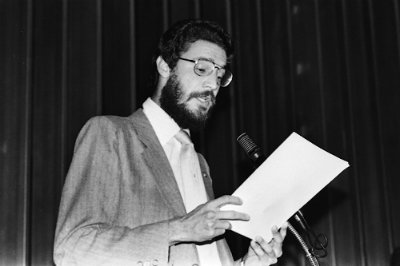 Direct Now: what was it and summary of the movement

"Direct now" was a popular political movement that aimed to resumption of direct elections to the...

Glorious Revolution (1688): what was it and summary

THE glorious revolution took place in England in 1688.It was a move driven by Parliament and Prin...