The 12 Gods of Olympus in Greek Mythology

You Gods of Olympus, also called the Olympian Gods, are the 12 gods that make up the Greek pantheon.

They all lived on top of Mount Olympus and that is why they are named. They are: Zeus, Hera, Poseidon, Athena, Ares, Demeter, Apollo, Artemis, Hephaestus, Aphrodite, Hermes and Dionysus.

In some versions, the names of these gods may vary, but they are usually the ones that make up the pantheon. In this regard, we can mention Hades, god of the underworld, who is sometimes included as god of Olympus. Besides him, in some versions, Hestia, sister of Zeus, is also included.

The gods of Olympus are considered the main Greek deities. There, they lived together in a huge palace and had some gods who served them. The foods they ate, which were considered divine, were ambrosia and nectar. 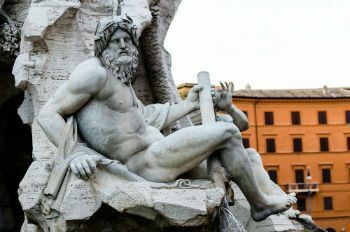 Born on the island of Crete and raised in the cave on Mount Ida, Zeus he is the youngest son of Kronos and Rhea. He had five brothers: Hestia, Hades, Hera, Poseidon and Demeter. In addition, he had several wives and children, the best known of which is with Hera, his sister.

Considered the supreme god of the heavens, he is the father of gods and men. Furthermore, he is the ruler of Mount Olympus and in Roman mythology his correspondent is Jupiter. 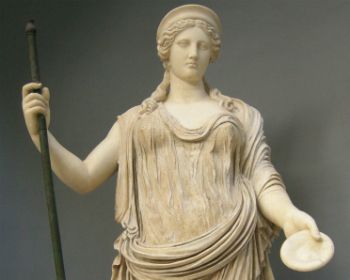 Daughter of Cronus and Rhea, Ivy she is the sister and wife of Zeus. Considered the queen of the gods, she was also worshiped as a goddess of motherhood, marriage and women. Despite having a difficult temper, Hera was very faithful and had no extramarital affairs as her husband Zeus.

Their children are: Hebe, Ares, Hephaestus, Enius, Eris and Ilithia. In Roman mythology she corresponds to the goddess Juno. 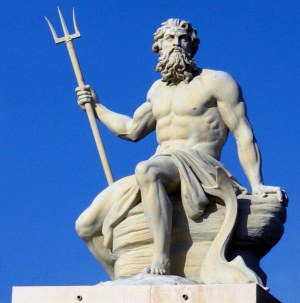 Son of Cronos and Rhea, Poseidon he is the god of seas, storms and earthquakes. This is because it is characterized by violent and unstable behavior. As he is the god of the seas, in some versions he inhabits the depths of the ocean.

He had several children, of which stand out bellerophon and theseus. In Roman mythology its correspondent is Neptune. 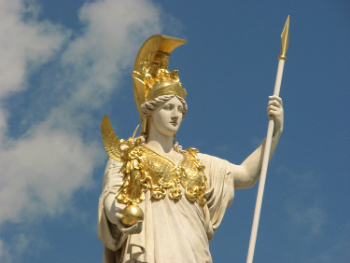 Daughter of Zeus and Metis, Athena, also called "Palas Athena", she is the goddess of wisdom and arts. In some versions, it was born from the head of Zeus and because of that, it was very smart. Protector of cities, Athena was a warrior who was born armed with a shield and a helmet.

The city of Athens in Greece was the main one and was named after the goddess. With a strong sense of justice, she remained a virgin. In other versions of the myth, she had a son by Hephaestus named Ericktonius of Athena. In Roman mythology she is called Minerva. 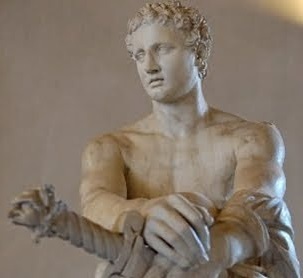 Son of Zeus and Hera, Ares he was the god of war and Athena's half-brother. She had a very wild temperament, typical of her bellicose figure. She had a relationship with Aphrodite who was the wife of Hephaestus and so was banished from Mount Olympus for a time.

With her, he had some children who stand out Eros and Harmony. In Roman mythology its equivalent is the god Mars.

Daughter of Cronus and Rhea, Demeter she was the goddess of seasons and agriculture. With her brother Zeus, she had a daughter named persephone, who was kidnapped by Hades, the god of the underworld.

This moment was very important in the myth of the goddess and through an agreement, she started to have her daughter by her side during three seasons of the year. She also had other relationships and with that, other children like Despina and Pluto. In Roman mythology she is known as Ceres. 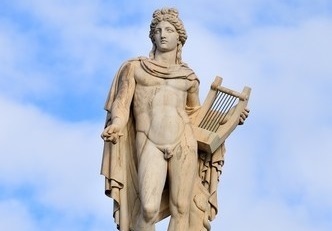 twin brother of Artemis, Apollo he is the son of Zeus and Leto. Born on the island of Delos, he is a god of the sun, arts, prophecy, order and justice, being one of the most worshiped gods on Olympus.

He was fed Ambrosia and nectar from the gods, which made him a fearless adult man. He had several relationships, including the nymph Daphne. Note that Apollo is the only god in Greek and Roman mythology to have the same name on both. 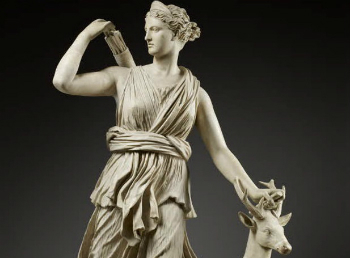 Daughter of Zeus and Leto, Artemis she was Apollo's twin sister. Goddess of hunting, animals, wildlife, virginity and the moon, she had a vindictive temper, but on the other hand, she was protective and loving.

She was not married to anyone and therefore remained a virgin and had no children. In Roman mythology her counterpart is the goddess Diana. 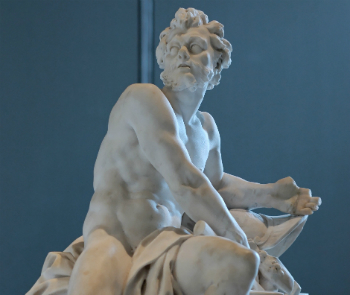 Son of Zeus and Hera, hephaestus he is the god of fire and metals. She was a great forger and worked close to volcanoes with the help of the one-eyed giants, the Cyclops.

Considered one of the ugliest gods on Olympus, Hephaestus was born with a disability that left him lame. His mother was ashamed of the child and launched him from Mount Olympus. As an adult, he returns to his place of origin and takes revenge on his mother. In Roman mythology he is called Vulcan. 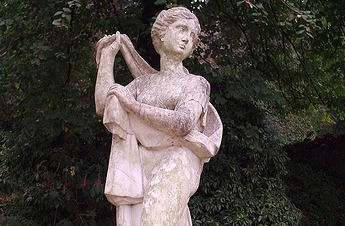 Daughter of Zeus and Dione, aphrodite she is the goddess of love, beauty and sexuality. Very beautiful, she was forced to marry Hephaestus but he did not like her and therefore betrayed him with Ares.

It was with him that Aphrodite had seven children: Eros, Antero, Deimos, Phobo, Harmonia, Himeros and Pothos. The goddess also had other extramarital affairs with Hermes, Apollo, Dionysus, Adonis and Anchises. 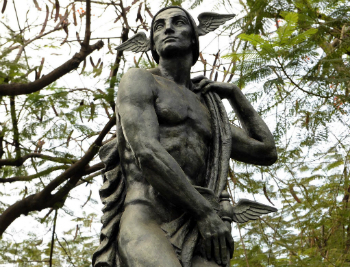 messenger of the gods, Hermes he was the son of Zeus and the nymph Maia. Her name is associated with various attributes such as commerce, wealth, luck, magic, travel, roads and thieves.

Creator of fire, one of his functions was to guide the dead to the underground world of Hades. In Roman mythology his equivalent is the god Mercury. 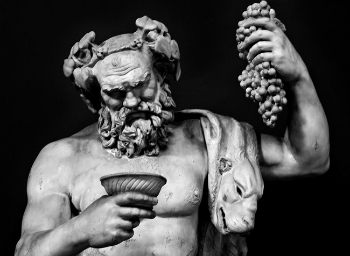 Also called Dionysus, this was the god of wine and parties. Son of Zeus and Semele, his mother was trapped by Hera and in this episode, she ended up dying and her body was torn apart in several pieces.

Zeus decided to take the child's heart and sewed it on his thigh until he was born. He married Ariadne and still had other affairs with gods and mortals. One of the best known cases is his relationship with Aphrodite, with whom he had his son Priapo. In Roman mythology he is known as Bacchus. 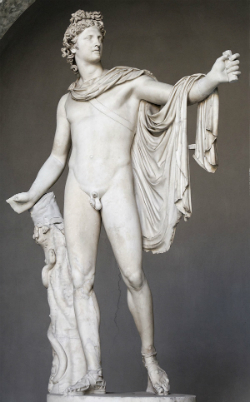 Apollo is a god of Greco-Roman mythology, considered one of the greatest gods of Olympus.He is wo... 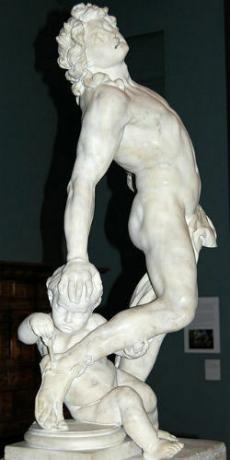 Achilles, son of Peleus and Thetis, is a hero and demigod of Greek mythology. He was very handsom... 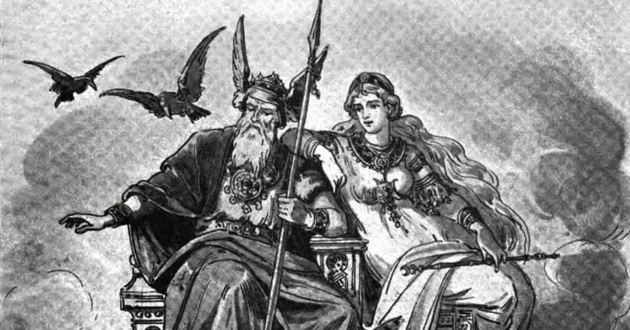 THE Norse or Germanic mythology was developed in Scandinavian or Nordic countries, such as the cu...