Spherical lenses are part of the study of optical physics, being an optical device composed of three homogeneous and transparent media.

In this system, two diopters are associated, one of which is necessarily spherical. The other diopter can be flat or spherical.

Lenses are of great importance in our lives, since with them we can increase or reduce the size of an object.

Many everyday objects use spherical lenses, for example:

According to the curvature that feature, spherical lenses are classified into two types:

Also called convex lenses, the converging lenses have an outward curvature. The center is thicker and the edge is thinner. 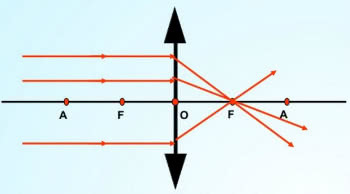 The main purpose of this type of ball lens is to increase objects. They get this name because the rays of light converge, that is, come closer.

Also called concave lenses, the diverging lenses have an internal curvature. The center is thinner and the edge is thicker. 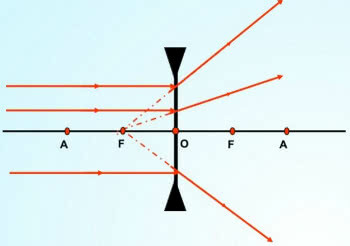 The main purpose of this type of ball lens is to shrink the objects. They get this name because the light rays diverge, that is, move away.

Furthermore, according to the types of diopters which feature (spherical or spherical and flat), spherical lenses can be of six types:

Note: Among these types, three of them have a thinner edge, and three have a thicker edge.

Want to know more about the topic? Read too:

Images can be formed in five cases:

As for the divergent lens, image formation is always: virtual, to the right of the object and smaller than it.

Each lens has a focal power, that is, the ability to converge or diverge light rays. Focal power is calculated by the formula:

In the International System, the focal power is measured in Diopter (D) and the focal length in meters (m).

It is important to note that in converging lenses, the focal length is positive, which is why they are also called positive lenses. In divergent lenses, however, it is negative, and therefore, they are called negative lenses.

1. What is the focal power of a 0.10 meter focal length converging lens?

2. What is the focal power of a 0.20 meter focal length divergent lens?

1. (CESGRANRIO) A real object is placed perpendicular to the main axis of a converging lens of focal length f. If the object is at a distance of 3f from the lens, the distance between the object and the image conjugated by that lens is:

2. (MACKENZIE) Considering a biconvex lens whose faces have the same radius of curvature, we can say that:

3. (UFSM-RS) An object is on the optical axis and at a distance P of a converging distance lens f. Being P bigger then f it's smaller than 2f, it can be said that the image will be:

The Uniformly Varied Rectilinear Movement (MRUV) is one that is performed in a straight line, whi... 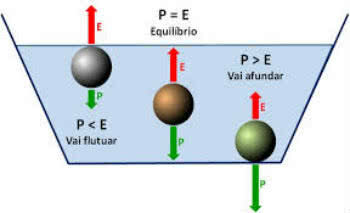 Hydrostatics is an area of ​​physics that studies the liquids that are at rest. This branch invol... 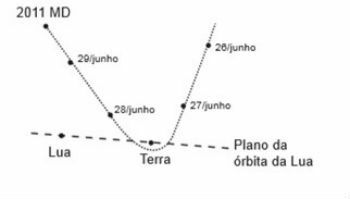 Newton's First Law states that: "an object will remain at rest or in uniform motion in a straight...