What is folklore, what is its origin and Brazilian folklore

Folklore is the set of cultural and traditional manifestations of a region that, many times, were learned orally and without formalism, and transmitted from one generation to another.

Synonymous with popular culture, folklore is considered the social identity of a people, because a people can be identified through their traditions.

These include customs, forms of cultivation, cooking, knowledge of teas, crafts, stories told by grandparents, ways of thinking, dances, songs to put children to sleep, jokes.

Defining folklore is a challenge for folklorists. Therefore, they continue to carry out research in order to understand its breadth. Only in this way will it be possible to promote the defense of this folklore heritage, as recommended by the United Nations Educational, Scientific and Cultural Organization (UNESCO).

The word folklore arose from the Portuguese wording of the junction of English words folk, which means "people", and lore, which means “knowledge”.

instagram story viewer
folklore it was used for the first time by British folklorist William John Thoms on August 22, 1846, the date that, in 1951, was chosen to commemorate Folklore Day in Brazil.

In the beginning, it was not clear what should be considered folklore, questioning, for example, whether cooking was part of popular knowledge. At the same time, folklore was associated with the poorest people, since the cultural manifestations of the elite were associated with high culture.

From the beginning, scholars have been dedicated to defining such a comprehensive concept. Aiming to promote studies on folklore, in 1878, William John Thoms participated in the foundation of Folklore Society.

Motivated by folklore studies carried out in other countries, Brazilian intellectuals turned to the subject and, in 1947, the National Folklore Commission was created.

The I Brazilian Congress of Folklore was held from August 22 to 31, 1951. At the event, the Folklore Letter was presented, a document containing recommendations on the treatment that should be given to folklore, in terms of research, education, preservation, among others.

In 1995, at the VIII Brazilian Congress of Folklore, due to the studies carried out, a re-reading of the 1951 Charter was presented.

Concept of folklore in Brazil

“Folklore is the set of cultural creations of a community, based on its traditions expressed individually or collectively, representative of its social identity.

The identification factors of the folkloric manifestation are: collective acceptance, traditionality, dynamism, functionality.

We emphasize that we understand folklore and popular culture as equivalent, in line with what UNESCO advocates.

The expression popular culture will remain singular, although it is understood that there are as many cultures as there are groups that produce them in specific natural and economic contexts.”

Folkloric manifestations have in common the fact that we often cannot identify authors, be spontaneous, be transmitted orally and without formalization, be old and highlight regionalisms.

Despite the recurrent features, they cannot be generalized. For example, when we talk about oral transmission, we forget about string literature, which is transmitted in written form. Besides, folkloric manifestations also have authors who can be identified - let's think of the known suddenistas.

It is common to associate folklore with the past, but we have to remember that folklore is a dynamic, changing culture. In our days, for example, the common custom of a group can be a folkloric manifestation.

Folklore arises from customs inherited by peoples and takes on different characteristics according to the regions. In Brazil, for example, our folklore reflects the customs brought by immigrants, especially Portuguese and Spanish.

Brazilian folklore, the result of the miscegenation of the peoples who inhabited Brazil, is composed of a wide range of cultural and traditional manifestations. Examples are legends, dances, festivals, traditions, songs, popular sayings, cuisine, riddles, tongue twisters.

The customs brought by immigrants contribute to our culture, connect us to the past, enrich and unite us culturally.

Folk dances were done to give thanks, to honor or salute spiritual forces. In addition to the music, they involve well-designed costumes, and arise from the fusion of African, European and indigenous cultures.

Most popular festivals have a religious origin, or were of pagan origin and incorporate religious aspects. This was because some pagan festivals were very popular among people, and as the church did not managed to end its celebration, it gives it the religious aspect, as is the case of traditional festivals juninas.

Brazilian folklore legends were used to inhibit certain behaviors or to explain the origin of things. The legend of the headless mule, for example, was told to prevent the involvement of girls with priests, while legends such as the water lily and cassava tell how these plants emerged.

In popular literature, another series of manifestations enrich our folklore. Legends and proverbs and sayings, for example, work as a warning: “Hurry is the enemy of perfection.”, “God helps early risers.”, “A lie has a short leg.”.

Folk games and popular games can be done at home. They don't have very difficult rules, which have been taught across generations, and have many developmental benefits.

At folk songs they are part of popular wisdom. They tend to have simple letters and are passed down through generations for years.

7Degrees Quiz - Quiz | How much do you know about Brazilian folklore?
Teachs.ru

Cuca: origin and what the legend says in Brazil

One of the most traditional legends of Brazilian folklore is the head, mythical being who has the... 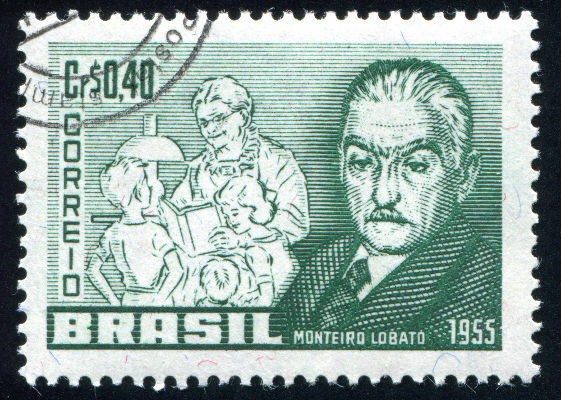 O Brazilian folklore it is marked by its richness and great diversity, and the legends that are p...

She tells the legend that a young woman who doesn't know she died lives walking the streets of th...