How to write an essay about bullying

It is always good to be informed about current and controversial issues, as knowledge is the basis that allows us to write a good essay-argumentative text.

Bullying is physical or psychological violence against someone. Practiced intentionally and repeatedly, it can occur at school, at home and in many other environments.

The targets of this type of aggression are people who physically deviate from the pattern of a group or who have different habits from that same group. In addition to these people, those who behave in a shy and helpless way are also often victims of bullying.

The term bullying - from English bully, which means "tyrant" - was created in the 70s. Although it has been around for a long time, this is a growing problem that has been discussed a lot in recent years.

In 2018, in Medianeira, Paraná, an attack on the school may have been motivated by bullying. A 15-year-old boy entered the school armed and shot at his classmates, leaving two injured.

In 2017, in Goiânia, a 14-year-old teenager killed two colleagues and injured four more during the break. The crime would also have bullying as a motivation.

In 2003, in Taiúva, an 18-year-old boy invaded the school where he had studied. Firing, he left a paraplegic student and then killed himself. The sniper was reportedly a victim of bullying.

How to start an essay about bullying?

Before starting to write, it is necessary to define the subject of the essay. This is because we can take different approaches to bullying: how to identify it, who are its victims and aggressors, environments in which it is practiced, what preventive measures can be taken. Which one will your newsroom deal with?

Possible approaches to writing about bullying

The importance of identifying the occurrence of bullying

A possible essay topic about bullying could address the need for parents to be aware and aware of this situation, being able to identify it by changing the behavior of their sons.

For example, low school performance is often punished by parents without them trying to understand why, as one of the consequences of bullying is exactly that, since the discouragement is so much that students are unable to pay attention to the teachers and also lose the motivation to attend the classes.

Others signs presented by victims of bullying: isolation, simulation of illness so as not to leave the house, irritability, bruises, spoiled school supplies.

Only aware of the real reason, parents can seek with their children an adequate way to face the problem.

The need for awareness to prevent bullying

School and family are fundamental in raising awareness and guiding children and young people about bullying.

With regard to this theme, an essay could address the need for schools - with the support of parents - to promote discussion about bullying, showing that it is a very important matter, about which no one should be unaware, after all it can have serious consequences, including resulting in deaths.

How to develop and structure a bullying essay?

Read reliable sources to ensure you expand your repertoire and build a valuable opinion on the subjects you write about.

Once this is done, organize the content you want to present in your text, which must be done following the structure of a dissertation-argumentative text: introduction, development and conclusion.

Presentation of the theme, informing the reader about the approach he will find when reading his essay on bullying, for example: the importance of identifying the occurrence of bullying.

Developments on the chosen approach. If in the introduction you say that your essay is about how important it is to know how to identify bullying, in the development you can write about how more decisions are made. appropriate measures can be taken from the correct identification of the problem, as in the case of parents being able to identify that the drop in their child's income results from bullying in the school.

Closing the text, relating what you exposed in your essay with what you take from the lesson about what was written.

Use quotes and enhance your text even more!

Quotations are an interesting resource, because by relating the text we write with the phrase of a philosopher or an artist, we show that we have knowledge. Remembering that these thoughts can be used anywhere in the newsroom.

This quote could be used in an essay on bullying, reinforcing the idea of ​​the English philosopher who claims that the human being is his own enemy.

“Education is the most powerful weapon you can use to change the world." (Nelson Mandela)

The above quote would make perfect sense in an essay that addressed the need for the active participation of the school and parents to prevent bullying among children and young people.

A contract is a type of technical writing used to establish a legal relationship between two or m... 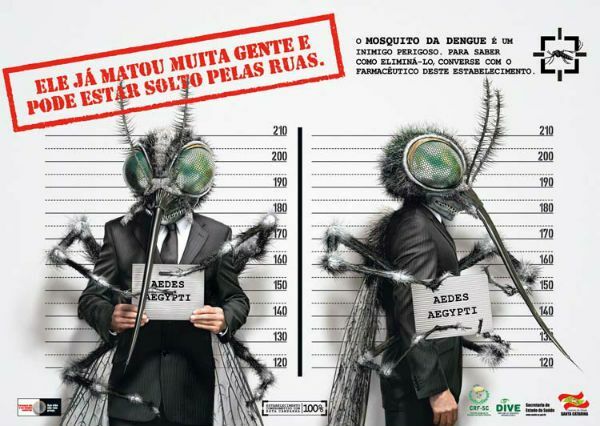 The Poster as a Textual Genre

The poster is a textual genre especially marked by its informative function, as well as its appea...

Circular Textual Genre: how to do and example

Circular is the type of text that fits into technical writing. Used in academic and professional ...