Glucagon: what is it, functions and insulin

Glucagon is a hormone produced by the pancreas and is responsible for increasing blood glucose levels. This is why it is known as the hyperglycemic hormone.

Remember that the pancreas is a mixed endocrine and exocrine gland.

Thus, in the endocrine part, three important hormones for the normal functioning of the body are produced: glucagon, insulin and somatostatin. In the exocrine part, the pancreas acts in the production of pancreatic juice, essential in the digestion process.

Glucagon's main function increase glucose levels in the blood, that is, when it is low, it works.

This happens when our bodies need more energy, for example, during times of fasting.

In this way, the glucose that is stored in the liver in the form of glycogen, responsible for the energy reserve, is stimulated by this hormone.

Thereafter, the liver degrades glycogen releasing the necessary glucose into the bloodstream.

Both insulin and glucagon are hormones produced by the pancreas that act to control the body's glucose.

It is in the endocrine portion of the pancreas that these hormones are found, in structures called pancreatic islets or islets of Langerhans.

However, both are produced by different types of cells in the pancreas, thus acting in the opposite way. Note that the release of these hormones will depend on the need for blood glucose in the bloodstream. That is, whether the body needs more or less glucose.

THE insulin is a hormone produced by the beta cells of the pancreas and which works to lower blood glucose levels by absorbing and controlling the rate of glucose by the cells.

Thus, it helps to prevent health problems such as diabetes or hyperglycemia (increased blood glucose).

already the glucagon, produced by the alpha cells of the pancreas, acts to increase blood glucose levels. In this way, it helps to prevent health problems such as hypoglycemia (a drop in blood glucose).

Read more about some related subjects: 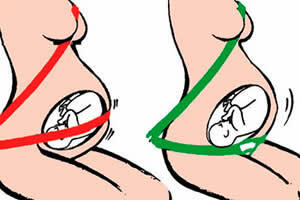