THE platinum is a chemical symbol element Pt and of atomic number equal to 78. This metal received its name because it is the diminutive of the word “plata”, which means “silver” in Spanish. It was the Spanish conquerors who gave it its name, as in the 16th century they found platinum - a white metal they found to resemble silver - mixed in with the nuggets of gold.

However, platinum was already used by man for a long time, as objects dating from 700 BC. Ç. already contained metallic alloys with this element.

Englishmen Wollaston and Tennant began to study this metal hard and, by refining their samples, they discovered the other elements that are part of the platinum family in the Periodic Table, which are: Palladium (Pd), Rhodium (Rh), Iridium (Ir) and Osmium (Os). 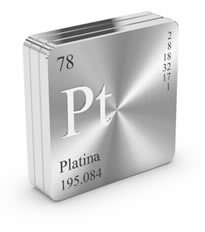 In nature, platinum is found free in the form of nuggets, but it is very scarce in the earth's crust (5 mg/kg). Three-quarters of world platinum production comes from South Africa's ore deposits and the rest from Russia and Canada. Brazil still does not produce this noble metal. It also occurs in nature mixed with nickel and copper ores, and is found in the combined form in the mineral sperrylite (PtAs

Among the main properties of platinum are its high melting point (1769 °C) and its great resistance to corrosion. Due to this resistance, platinum is considered a noble metal and, like gold, rhodium and iridium, it is not attacked by hydrochloric acid (HCl) or nitric acid (HNO3). But, it is attacked by a mixture of these two acids, called aqua regia. See below the reaction of platinum with aqua regia:

For a long time, platinum was used only for counterfeiting other noble metals. But currently, it is widely used mainly in the production of catalysts, as it speeds up some reactions, especially of catalytic converters of vehicle exhausts, which have the function of transforming polluting gases released in the combustion of fuels into non-toxic gases. 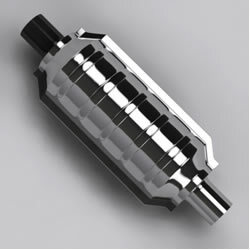 Other applications of platinum are:

Big ones epidemics and pandemics marked the human history, in all periods, and decimated differen...

One of the facts that marked the rise of hostilities between the countries that participated in t... 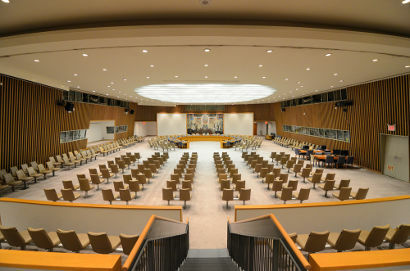 THE United Nations (UN) is one of the main international organizations existing today, being resp...