THE Vaccine Revolt it happened in 1904, in Rio de Janeiro, at the time the capital of Brazil, and was motivated by the dissatisfaction of the population with the mandatory vaccination campaign proposed by Oswaldo Cruz, head of the General Health Board Public. For a week, the population of Rio promoted protests, but police repression put an end to the popular revolt.

Accessalso: Summary of the main events of the Republic of the Sword

At the beginning of the 20th century, Rio de Janeiro was the largest Brazilian city and had gone through a population growth dizzying from the end of the 19th century. This population growth took place in a disorganized manner, and the health issue soon became an important problem for the capital.

Rio de Janeiro had national and international reputation for being a city where the pests proliferated. Different diseases spread through the Rio population and frequently caused epidemics, resulting in the death of thousands of people. In the 1850s, for example, about 1/3 of the city contracted

Many doctors believed in miasmatic theories and said they were the miasmas, putrid gases that circulated through the city, causing so many diseases. To solve this, they proposed the backfill of the marshes and reformsurban to eliminate the poorest homes in the city center and create wider avenues. This would allow more wind circulation, and the miasmas would be dissipated.

Although the miasmatic theories have not been proven, as diseases were soon discovered to be caused by microbes, the proposed reform and the city's modernization gained momentum, further boosted by the modernization project that had been carried out in Paris, France, back in the century XIX.

Renovation projects gained strength with RodriguesAlves, elected president of Brazil in 1902. He advocated reforming the city during the campaign and reinforced that desire in his possession. After taking over, the project became a reality, and the executor of the reform in Rio de Janeiro was the city's mayor, the architect Pereira Passos.

The reform was aimed at modernize Rio de Janeiro, beautifying the city in the style of Paris reform. Wide avenues and new buildings were built in the central region, until then occupied by tenements — collective housing where the poor lived, especially black ex-enslaved people or descendants of enslaved people.

The new works were only possible through the homelessness of this population in a process violent and authoritarian. Hundreds of buildings were destroyed, and much of the displaced population was unable to live in the suburbs. The solution found by many was to move to homes in worse conditions or to the hills of the city.

Accessalso: Lieutenantism - political and military movement organized during the 1920s

Oswaldo Cruz and the sanitary project

With the renovation of downtown Rio de Janeiro, there was the fight against the diseases that affected the city. It was hoped that with the beautification of the capital and the fight against disease, the city would become more attractive to foreigners. To fight disease, Oswaldo Cruz was appointed as head of General Directorate of Public Health (DGSP).

Oswaldo Cruz decided to bet on three fronts: yellow fever, smallpox and plaguebubonic. To combat yellow fever, teams were formed to destroy the outbreaks that allowed the proliferation of the mosquito that spread the disease. In the case of bubonic plague, a veritable operation was created to exterminate the city's rats.

In the case of smallpox, the way found to fight the disease was by mandatory vaccination of the population. This measure was presented as a bill in June 1904 and approved and transformed into law on October 31 of the same year. The proposal did not please the population of Rio de Janeiro.

That's because the vaccination campaign, as happened with the reform of the city, it happened in a way authoritarian, which generated irritation in the population. In addition, the population did not have access to information about the importance of vaccination, which gave space for a series of rumors spread. It was feared, for example, that women would be vaccinated in the thighs, which would be a disgrace to them, within the moral standards of the time.

A villagers' league against vaccination was formed in early November, and on the 9th of the same month, news came out. informing that the city intended to pass a law that would establish public restrictions on everyone who does not vaccinate. In this law, the population would be required to have proof of vaccination to be able to get married, get a job, travel, etc.

The popular revolt was immediate and started in two places in Rio de Janeiro: first in the São Francisco Square, then at Tiradentes Square. On November 10, the first protests took place and the first voices against the vaccine were raised. Protests followed, and by November 12, nearly four thousand people were already protesting.

O president summoned the police and the army to intervene in the situation, and even soldiers from other states were sent to Rio de Janeiro. The protests gained volume and strength on November 13, which caused the violence to spread through the streets of Rio de Janeiro. Public buildings were invaded, there was vandalism in the streets, trams were set on fire, and barricades were formed in different neighborhoods of the city.

Some of the protesters were carrying firearms and there was an exchange of fire against the police. Many ripped the cobblestones from the ground and threw them at the police forces. Many streets were dark during the night because the lamps that lit them were destroyed by the rebel population.

Workers organized during the days of revolt, and military personnel dissatisfied with the president took advantage of the situation and attempted a military coup amidst the chaos. This coup was led by the Marshal Hermes da Fonseca, president of Brazil from 1910 to 1914. The coup failed after clashes in the streets of the capital.

readmore: Chibata Revolt - one of the popular revolts of the First Republic

On November 16, Rodrigues Alves got the congressmen to approve the request for stateinplace. This gave the president new powers, allowing him to act in a more repressive way. In the following days, the revolt was controlled, but a week of it left a balance of 31 dead. Despite everything, the vaccination campaign was successful in eradicating smallpox from Rio de Janeiro. 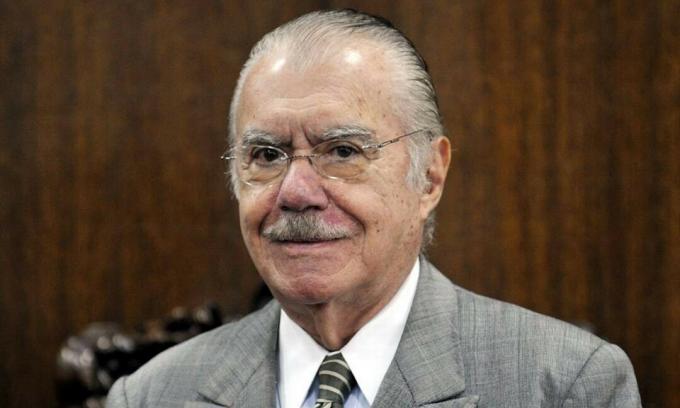 Vice presidents who took over the government in Brazil

Throughout the history of Brazil Republic, which began with the Proclamation of the Republic, in ... THE east africa is the most eastern region of the African continent, bathed by the Indian Ocean, ...

Catholic Church in the Middle Ages

O christianity and the Catholic church played an important role in Europe during the Middle Ages....