Pollution of the sea. The dangers of sea pollution

In addition to polluting the waters of rivers and lakes, man also contaminates sea water. Although the amount of water is very high, the amount of waste that man throws is enough to cause serious environmental problems in these areas, and the ones who pay the price for this irresponsibility are marine animals.

Among the environmental problems facing the sea, the oil pollution. This pollution occurs due to accidents with oil tankers (which carry Petroleum) or because of problems in the platforms and pipelines.

The oil, when in contact with water, does not mix and forms a large film on it. In this way, there is no penetration of sunlight, so photosynthesizing organisms, such as algae, can die. With the death of the beings that carry out photosynthesis, the water becomes poor in oxygen and also in food. The consequence of this is the death of fish and other animals that participate in this food chain.

Seabirds are also heavily affected by oil spills. When they enter the water to capture their prey, they become impregnated with oil and cannot fly again. In addition, they become unable to keep their bodies warm and may even die of cold. 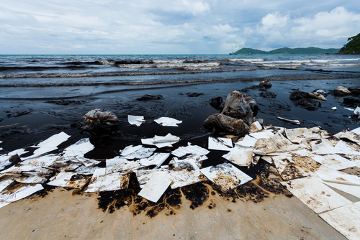 In addition to the oil spill, waste thrown into the sea is another serious problem. The accumulation of plastic, for example, is responsible for the formation of true islands of this material. Did you know that many sea turtles die every year as a result of suffocation by plastic bags? These cute animals mistake the bags for jellyfish and end up suffocated.

Another environmental problem related to the marine environment is the spillage of domestic sewage. This material can trigger the proliferation of algae that produce toxins, causing so-called blooms. The excess of algae is responsible for a decrease in oxygen in the water, and its toxin is capable of putting several species at risk. 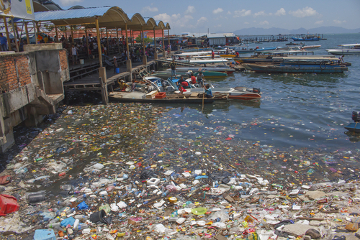 Note the large amount of garbage accumulated in this region *

In addition to the entire environmental issue caused by the pollution of the seas, we have the economic factor. Polluted beaches are gradually no longer frequented by tourists, as the risk of diseases, especially of the skin, increases. Another important point is the population that depends on fishing, which ends up having their activities affected due to the contamination of aquatic animals.

ATTENTION: You can do your part to reduce marine pollution with very simple actions. Always remember, when visiting the beach, not to leave litter in the sand, such as food containers, beverage bottles and some toys. Also, do not dirty the streets either, as rainwater or wind can carry these products to the sea.

Take the opportunity to check out our video lesson on the subject:

The failure of the tailings dam of the mining company Samarco on November 5, 201, in the municipa... 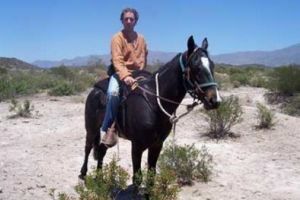 The importance of animals to humans

All animals are important. However, some stand out for humans, for being able to improve their li...

10 ways to preserve the environment

Protecting the environment is a task for all of us, regardless of our age. Helping is essential s...