Bullying: what is it, consequences, at school

The practice of bullying consists of a set of violence that repeat for some period. These are usually verbal, physical and psychological attacks that humiliate, intimidate and traumatize the victim. The damage caused by bullying can be profound, such as depression, behavioral disorders and even the suicide.

Bullying is a word that originated in the English language. “Bully” means “bully”, and the suffix “ing” represents continuous action. The word bullying designates a picture of continuous aggressions, repetitive, with characteristics of persecution of the aggressor against the victim, and cannot characterize an isolated aggression, resulting from a fight.

At aggressions may be of order verbal, physics and psychological, commonly happening all three at the same time. Victims are intimidated, exposed and ridiculed. They are called by vexatious nicknames and suffer various aggressions based on their physical characteristics, habits, sexuality and way of being.

Bullying victims can be attacked by an isolated person or a group. This group can only act as “inert spectators” of violence, which indirectly contribute to the continuation of the aggression.

We usually call it bullying the systematic aggressive behavior committed by kids and teenagers. When similar behavior happens between adults, usually in the workplace, we classify the act as bullying.

At discussions about bullying are relatively recent, drawing the deep attention of experts in human behavior only in the last two decades. Until the 1970s, bullying was not talked about. Aggressive behavior and systematic persecution of some children against others was seen as a natural behavioral trait, says Cleo Fante, an expert on the subject.

Bullying is commonly an unfair practice, as the aggressors either act in a group (or with the support of the group) or act against individuals who are unable to defend themselves against the aggression. Although we consider the suffering of the victim, we must also try to understand the offender behavior. Often, they are young people who go through psychological problems or who suffer aggressions in the family environment and in the school itself, and try to transfer their traumas through the aggressiveness against others.

Bullying can happen in the condominium, in the neighborhood, in groups or sports clubs, etc., but the location where else happens this type of crime is in school. Sociological and psychological factors explain this phenomenon: it is at school where young people spend most of their time and interact with a greater number of people.

It is also at school the place where the reflections of society cause a kind of social microorganism, which tends to recreate society in a smaller and isolated space. Society in general is aggressive and exclusionary, and these factors tend to be repeated among young people in the school environment.

At school, the cruel standards of beauty and behavior dictated by society appear as norms. In general, a dominant group reaffirms and dictates these standards within the school environment, causing a rule to be established (normality) and everything that escapes this rule is considered inferior and worthy of suffering and exclusion. The degree of popularity of those who consider themselves superior and their greater acceptance by the group make they feel entitled to mistreat those who are not popular and do not fit the standard of group.

In addition to bullying, harassment and psychological violence, bullying can lead to physical violence. Education professionals must be vigilant to avoid cases of bullying and resolve the situation, raising awareness among offenders and helping victims.

At consequences of bullying they can be devastating and irreversible for the victim. The first symptoms they are the social isolation of the victim, who does not see himself as someone who belongs to that group. From there, there may be a drop in school performance, a drop in self esteem, pictures of depression, disorder of anxiety, Panic Syndrome and other psychic disorders. When left untreated, these conditions can lead the young person to try the suicide.

If the bullying traumas are not treated, the victim can keep that suffering in his subconscious, which will come to manifest several times in your adulthood, making personal relationships, life in society difficult, affecting your professional career and even leading to the development of addictions in drugs and alcohol.

See too: What risks can anxiety bring to the student?

How to identify the target of bullying

O usual bullying target is the type of person who does not fit into social standards considered normal, for physical, psychological or behavioral reasons. Generally, bullies look for someone who is different to be their victim: people who are overweight or too thin, people of smaller stature, people who are not. fall into the standard of beauty dictated by society, people of lower socioeconomic status, homosexuals, transsexuals, people with learning difficulties or very scholars etc.

It is necessary to pay attention to the behavior of young people, especially when they have low self-esteem, unwillingness to go to school, learning difficulty and self-deprecating or self-destructive behavior. If the young person presents a similar picture, the family and school must take action to investigate what is going on, in order to put an end to possible systematic intimidation and provide the help and comfort the victim needs in the time.

How to solve bullying

Violence is not fought more violently. Sometimes, punishments for aggressors are necessary when they go beyond any reasonable limit, but most of the time, the aggressors are also young people who suffer for some reason. In these cases, the best way to solve the problem is by dialogue and awareness. It is necessary to raise awareness of those who watch, repeat or indirectly contribute to bullying, as they also keep the aggression system working.

In addition to governmental and non-governmental campaigns, it is necessary that families unite with professionals from the education so that everyone can work to raise awareness of their children and provide emotional support for victims of bullying need.

In day November 6, 2016, was sanctioned in Brazil by President Dilma Rousseff a Law 13,185, which institutes the Program to Combat Systematic Intimidation. The eight-article law makes the fight against school bullying a public education policy and implements a series of actions aimed at eradicating bullying. bullying through advertising campaigns, training of education professionals to deal with cases of bullying and closer dialogue between the school and the family. See the transcript of articles 2, 3 and 4 of this law: 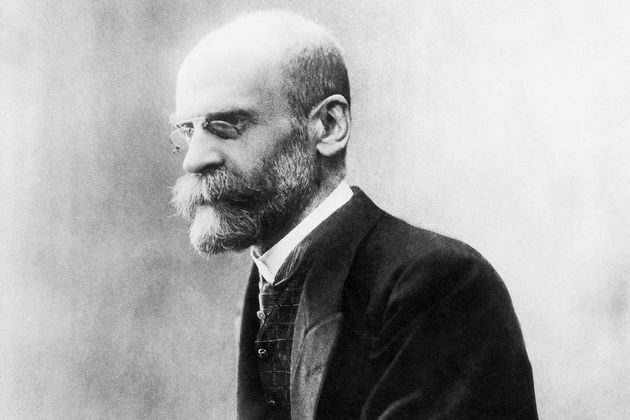 What is Social Fact?

O social fact it is the social and cultural instrument that determines the way to act, think and ...

10 questions about the thought of Karl Marx

Test your knowledge about the main concepts present in the thought of Karl Marx (1818-1883) and c...

THE Social exclusion designates a process of distancing and deprivation of certain individuals or...