Society, the Individual and the Education We Have and Want

The Brazilian educational system is inserted in the context of the global capitalist system that is currently in crisis.

We analyze the society we have from a brief history. In the Primitive Community, where the mode of production was communal, everything was done in common, there were no social classes. Then, the peoples of antiquity and, later, society in the Middle Ages still possessed some characteristics of ancient society. The dominant means of production was land and the dominant economic form was agriculture.

Premodern societies lacked historical awareness. They were able to reproduce for extremely long periods; work did not constitute a separate sphere, social inferiority and dependency existed.

Finally, the modern society that had a destructive force for its progress was the invention of firearms, that is, they were being with the pre-modern forms destroyed, fundamental elements of capitalism came into existence because they counted on the military economy and armament.

To earn money, people started to sell their labor power. Once natural relationships based on blood ties were broken, in which nobility and serfdom were passed from father to son, in capitalist modernity, relations became social. Inaugurates the existence of social criticism: one immanent to the system, and the other categorical. Unlimited capitalism was aimed at transforming money into money; money is the incarnation of work, or rather, the foundation of the capitalist system lies in the production of value, the valorization of money.

Thus, capitalism with limits reduced working time or continued working time as a measure of production; diverted the application of capital; a new path appeared, the financial market; a large part could no longer exist within capitalist social forms. We can remember that the crisis manifests itself in the core-capitalist countries themselves.

The need to make a historical overview of the society we live in clearly demonstrates that we have arrived at a capitalist society in crisis, global-terminal-structural; aiming to focus on basic and decisive theoretical elements to better understand how we can elaborate an emancipatory project, guided by the presented aspects.

Our perspective in relation to society is to be part of a global society that no longer needs borders, in which all people can move freely and the right to stay exists anywhere. universal.

Modern man simply cannot imagine a life beyond work. The man adapted to work, that is, to a pattern; it is causing the specific quality of the work to be lost and rendered indifferent.

Modern man is nothing more than a commodity producing commodity and selling his own commodity. Women become responsible for survival at all levels. Men become dependent on an abstract relation of the system.

As we mentioned before, the perspective we have is the constitution of a subject as an objective, capable of building an egalitarian, creative, diverse, free and pleasant society in idleness.

In the Primitive Community, relating to the land, to nature among themselves, people educated themselves and the new generations were educated; there was no school. In antiquity, with the appearance of an idle social class, a differentiated education emerged, and the school. Only idle social classes had access to school, the majority who produced continued to educate themselves in the process of production and life itself.

In the Middle Ages, most continued to educate themselves in the process of producing their existence and their gentlemen through the activities considered unworthy, the school form of education is still a form secondary.

It is in modern society that the idea of ​​education is formed to form citizens, universal, free and lay schooling, which must be extended to everyone; the school becomes the predominant form of education.

According to Enguita (1989), it was necessary to invent something better and the school was invented and reinvented; they created schools where there were none, the existing ones were reformed and the entire child population was forced into them. The institution and the school process were reorganized in such a way that the classrooms became the appropriate place to get used to. to the social relations of the capitalist production process, in the appropriate institutional space to prepare children and young people for the work.

What we want is the emancipation of education as an educational principle and the formation of a subject of emancipation as an objective.
This work was carried out based on a historical foundation of the society we live in, to so, in particular, we analyze the current situation of our education, which today is inserted in a society in crisis.

Overcoming this society aims at formulating an emancipatory project that intends to build a a new society that goes beyond value, money, merchandise, work, the State and politics. 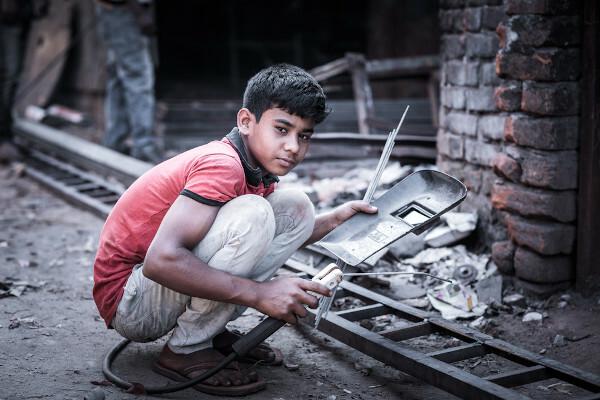 O workchildish it's a terrible reality that insists on stealing the childhood of millions of chil... 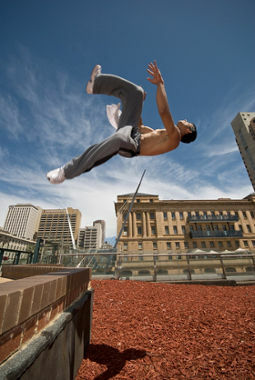 Traceur. Who are the traceurs?

tracer is the name given to practitioners ofparkour.The word is of French origin and literally me... 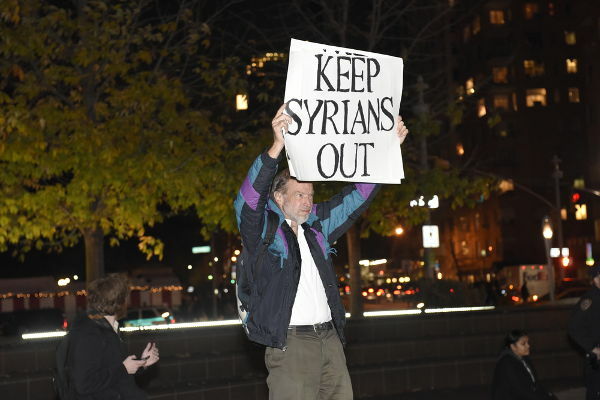 Xenophobia: what it is, meaning, examples

THE xenophobia is the name we use in reference to the feeling of hostility and hatred expressed a...