Top leader of the Cuban government since the revolutionary process of 1959, Fidel Castro represented the last remnant of communism within the American continent. Many claim that their personalist government is not part of the political ideals of the left, however, we can less to say that the trajectory of this political leader and his government represented a unique experience in history. politics.

Returning to its process of coming to power, we cannot fail to highlight how the US interference in Cuban territory made Fidel an obstacle to the total political and ideological hegemony desired by the States United. From the process of its independence until the 1959 coup, the United States had Cuba as a veritable backyard of its “hegemony”. In addition to benefiting from the political subservience of local rulers, many Americans saw the island as a favorable location for tourism and leisure.

Dissatisfied with a country where there was social inequality and prosperity of the agro-export economy, Fidel tried throughout the 1950s create a group of revolutionaries interested in seizing power through arms. During the three years of exile in Mexico, where he met Ernesto “Che” Guevara and formed a new guerrilla, Fidel returned to the island of Cuba willing to carry out his coup plan. Entering combat with the army, Fidel withdrew his men and headed inland, in the Sierra Maestra region.

Using a decentralized military tactic, small groups gradually formed by assaulting regions and cities in Cuba until, in 1959, the government of Fugêncio Batista succumbed to the revolutionary forces formed in that time course. Without a clear political definition in the face of the ideological bipolarization of the period, the new Cuban government still did not have a very well defined political project. However, according to popular measures (such as the nationalization of companies, agrarian reform and the granting credit to small producers) were put into practice, this period of political indecision reached the your end.

Contrary to this policy, the United States sought in every way to reverse Castro's popular reforms. With the Cuban government's impassivity, the US decided to break off relations in 1961. Cuba, which depended on the US market, allied itself with the Soviet socialists. The Soviet Union thus tarnished the United States' hegemony on the American continent. Che Guevara, who did not sympathize with Soviet influence, withdrew from the Cuban government. From there, Fidel Castro consolidated a one-party government and aimed at expanding its powers.

The fall of Soviet socialism in the 1980s caused a serious shift in the Cuban situation. Even trying to resolve issues related to supply, health and education, Fidel would have to reorganize an economy detached from massive Soviet support. As a result, the Cuban government was forced to invest in the tourism sector and allow the entry of resources from Cubans residing abroad. In recent years, bilateral agreements with the government of Venezuela have brought about a relative overcoming of the problems experienced at the end of the 20th century.

Surrounded by controversies and divergences, the Fidel Castro era brings up a debate shaped by the contradictions of his regime. Many point out that political persecution and misery are the points that make their government an experience frustrated that motivated the constant flight of Cubans to other countries, mainly to the States United. Its supporters, on the other hand, praise autonomous positioning, the eradication of illiteracy and excellence in health services as great triumphs of Fidel's administration.

Fidel Castro's successive health problems drove him from power, causing a real political unknown in Cuba. Since July 2006, the government has been provisionally assumed by his brother Raul Castro. However, several political analysts are unable to define what the possible changes will be in Cuba's political life. According to some experts, the Bush administration already had a plan in hand to end the country's communist dictatorship. Under the allegation of seeking the prevalence of democratic institutions, the US would pressure other nations to demand political reform in Cuba.

Without giving a melancholy tone to his departure or inciting some kind of popular mobilization, Fidel declared – after more than forty years in office - who had no interest in perpetuating themselves in power, preventing the arrival of other new leaders policies. In addition, the former Cuban president stated that his current role will be that of a “soldier of ideas”.

The literature of ancient Egypt was always religious and philosophical in nature. Its oldest man... 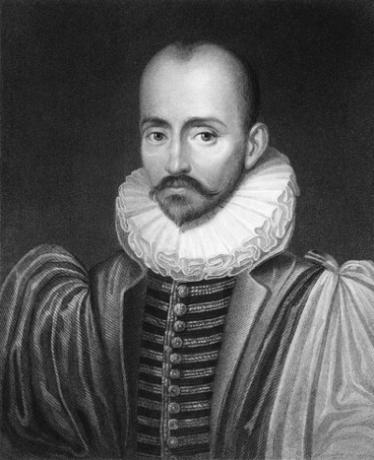 With the discovery of the American continent and, specifically, of Brazil at the turn of the 15th...

The northern region of the African continent is famous for its desert landscapes, such as the Saa...