The concept of political animal in Aristotle

Aristotle observes that man is a being that needs things and others, being, therefore, a needy and imperfect being, seeking the community to reach completion. And from this he deduces that man is naturally political. Furthermore, for Aristotle, whoever lives outside the organized community (city or polis) he is either a degraded being or a superhuman (divine) being.

According to Aristotle, the concept of citizen varies according to the type of government. This is because the citizen is one who actively participates in the drafting and execution of laws, being these elaborated by the king (monarchy), by a few (oligarchy) or by all free citizens (democracy). However, not everyone who lives in the city is a citizen. Aristotle differentiates inhabitant from citizen, as those who only live in the city, do not participate in it, while those who really think about it have the right to deliberate and vote on the laws that preserve and save the state. In other words, citizen is one who has executive, legislative and judicial power.

Following the etiology established in his metaphysics, Aristotle also conceives of the four causes that determine a community. These are groups of men united by a common purpose, relating by friendship and justice, that is, by an affective bond. The characteristics of the community are:

- Material Cause: Homes, villages, etc. It is from where the city is born;

- Formal Cause: The regime or the Constitution that orders the relationship between its parts, giving shape to it;

- Efficient Cause: Natural development. For Aristotle the city is a natural being, a living organism;

- Final Cause: The purpose of the city is Happiness, that is, to achieve sovereign good.

For Aristotle, "every community aims for a good". The good at issue here is actually a definite end. It does not refer to the correct, universal good, but to every act that has a certain good as its end. Therefore, every community has an end as a goal, an advantage that must be the main one and that contains all the others. Therefore, the greatest possible advantage is the sovereign good.

The political community, affirms Aristotle, is that which is sovereign among all and includes all others (Politics, 1252a3-5). This means that the political community is the city, which includes all other forms of community (homes and villages) that make up it. The city is the ultimate degree of community. Furthermore, the city is sovereign among all communities and aims at the sovereign good, so there is an analogy.

The end of each thing is precisely its nature, just as the whole is prior to the parts. Thus, in addition to the political community being the nature of all other communities, it is logically and ontologically prior to them. So it must prevail over the other parts. Likewise, the citizen is the one who, by deliberating and creating laws, is a better man than the others who do not participate in the government, naturally differentiating men between masters and slaves.

Therefore, the political animal or citizen is the free man who enjoys natural rights for his competence to command, while men endowed only with robustness physical and little intellect are able to obey, and this analogy extends the relationship between the sovereignty of the city and the communities that participate in it for their purposes. specific. The city is sovereign because it seeks the common, sovereign good. The free man is sovereign because he is his own master.

The deductive method, deductive reasoning or deduction is a concept used in several areas and whi... 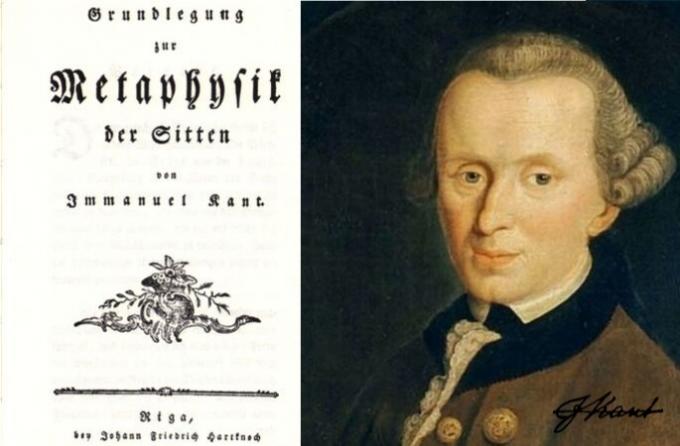 Kant's Ethics and the Categorical Imperative

Immanuel Kant (1724-1804) sought to create an ethical model that was independent of any kind of r...

I only know that I know nothing: the enigmatic phrase of Socrates

The famous phrase attributed to Socrates generates an intense debate and raises a lot of curiosit...