Food insecurity: what it is, causes, in Brazil

THE food insecurity is a phenomenon that occurs when an individual does not have physical, economic and social access to food in order to meet their needs, as defined by the Food and Agriculture Organization of the United Nations (FAO). Food insecurity can be chronic or just temporary, and it is divided into three types or levels: mild, moderate or severe. Data from IBGE reveal that 41% of the Brazilian population live with food insecurity. Worldwide, 30% are in moderate or severe insecurity.

Check out our podcast: Food insecurity in Brazil

What is food insecurity?

The concept of food insecurity, which is based on the concept of food security, was reinterpreted over time and gained new contours as the problem of hunger worsened on a global scale and discussions on this theme became increasingly complex and urgent.

Until the 1970s, according to Oxfam Brasil, food security was directly associated with self-sufficiency in a country's food production, arising from a post-war issue. In 1974, the National Food Conference of the Food and Agriculture Organization of the United Nations (FAO) incorporated the availability, at any time, of supplies for the production of staple foods to sustain increased consumption as one of the facets of food safety.

Between the 1980s and 1990s, food security was widely discussed by international bodies such as the World Bank, the FAO itself and the United Nations through other agencies. As a result, food security is no longer a phenomenon intrinsically associated with the production and supply of demand and has turned to the individual.

Food security exists when all people have, at any time, physical, economic and social access to food safe, nutritious and sufficient to meet your dietary needs and food preferences for an active and healthy.

Food insecurity, therefore, imposes itself when the individual and/or a family do not have permanent or temporary access to healthy, safe foods that are sufficient to meet your dietary needs and preferences food.

Food insecurity is, by definition, a multidimensional phenomenon. Several causes are associated with it, which range from conjunctural issues, such as fluctuations economic problems, even structural problems perpetuated over time, especially those related to socioeconomic status.

We list some of the causes of food insecurity:

These different causes are linked to the four dimensions of food security, established by FAO. According to this agency, there is only security when all the dimensions, which we present below, are fully met.

Read more: Inflation - represents the rise in the price of goods and the cost of living

Food insecurity is classified by the Brazilian Institute of Geography and Statistics (IBGE) through the Brazilian Scale of Food Insecurity (Ebia). This scale describes different levels of the phenomenon for households, namely:

The problem of food insecurity is very old in Brazil and its main (but not the only) causes are the socioeconomic inequality and structural poverty, which reach a significant portion of the population. Throughout Brazilian history, several government policies and programs were developed with the purpose of reducing hunger and poverty in the country, which would thus help to reduce food insecurity.

During the last two decades, direct income transfer policies and specific programs aimed at eradicating hunger have contributed to increasing food security in the country. According to data from the IBGE's National Household Sample Survey (PNAD), food insecurity affected 34.9% of Brazilian households in 2004. In 2013, this share dropped to 22.6%, which means that just under a quarter of Brazilian households experienced some degree of food insecurity.

In the period from 2014 to 2018, what was observed was a sharp drop in food security and, as a consequence, an increase in the number of households without adequate and sufficient access to food. The IBGE survey shows that, in the period 2017-2018, 25.3 million Brazilian households (36.7%) faced some level of food insecurity.

When it comes to the absolute number of inhabitants, the most recent IBGE study revealed that 84.9 million Brazilians lived in a condition of hunger or food insecurity, which was equivalent to 41% of the country's population. The most serious level of insecurity, which corresponds to the scarcity of food, affected 10.3 million people.

In rural areas there was a higher incidence of this phenomenon than in cities. According to IBGE, this difference was mainly due to working conditions and direct access to food. Regionally there were also significant differences. At North and Northeast regions were the ones with the highest incidence of food insecurity, while the smallest portion was in the South region. In the first two areas, less than half of the households had food security (43% and 49.7% respectively). In other regions, the share was over 60%. In southern Brazil, the total reached 79.3% of households.

One of the effects of the Covid-19 pandemic, officially announced on March 11, 2020, has been a worsening of insecurity. food in several nations, especially the less developed ones, reaching the populations vulnerable. The accentuation of this problem was due to a set of economic factors, such as the increase in the price of food, the reduction of wages or even loss of family income and the reduction of expenses,and also for the quality of the food consumed during that period.

The World Food Program of UN predicts that 272 million people are or are at risk of becoming food insecure.|1| In Brazil, according to a survey by the Brazilian Research Network on Sovereignty and Food Security (PENSSAN Network), just over half of Brazilians (55.9%) lived with some degree of food insecurity in December 2020, approximately 116.8 million people. The most acute effects fell on those who were already living in a situation of social vulnerability and in households affected by unemployment. On a regional scale, the most affected regions in the country were the North and Northeast.

O agribusiness it is linked to the global circuits of the economy and plays an important role in the production of food and raw materials for the processing industry. At commodities agricultural products, the name given to products derived from agribusiness, are commonly intended for external market supply, and the intensification of demand from abroad ends up reducing the offer for the domestic market, thus increasing the price index for the domestic final consumer.

In addition to supply and price fluctuations, another correlation between agribusiness and food insecurity concerns the growth of areas destined to the production of commoditiesand the decrease of those intended for foodstuffs themselves. In addition, there are social impacts caused by agribusiness, such as the deepening of social differences in the countryside and unemployment, which can result in the condition of food insecurity for the affected groups.

Food insecurity in the world

Food insecurity has grown rapidly in recent years across the world and it hits underdeveloped countries more severely. In 2020, according to FAO figures, approximately 30% of the world population faced moderate or severe degrees of food insecurity. This portion is equivalent to 2.37 billion people, 320 million more than the previous year.

The situation in the African continent. Almost 60% of the population of Africa lived with food insecurity in 2020, 25.9% of the most severe form. Between 2014 and 2020, the total number of people in this condition on the continent increased by 12.3 percentage points.

in second place are The Latin America and the Caribbean, which currently have 40.9% of its population without adequate access to food. It was the region in which the situation was more accentuated within a year. In 2019, the share of people with food insecurity was 31.9%. At Asia the amount was 24.9%, while the sum of the population with some degree of food insecurity (severe or moderate) in North America and Europe was 8.8%.

Climate change has increased the occurrence of extreme events, such as prolonged periods of drought, heavy rains with high potential for destruction, intense heat or cold waves, just to mention some. Such transformations directly affect agricultural crops and food production, which can cause serious shortages in the market and cause an increase in prices. There are also direct damages to the quality of soil and water (increase in pollution atmospheric and occurrence of acid rain), which also reflect on productivity.

The worsening of food insecurity due to climate change is also linked to the disease development, which prevents the full use of food, as described in the third dimension of food security.

Food insecurity, whatever its level, results in a series of consequences for the individual and for the family group. Among them are:

Food insecurity is a social, economic and health problem. Possible solutions for it run through the public and private spheres and also have actions that can be performed in individual and collective scale. Among these solutions are: 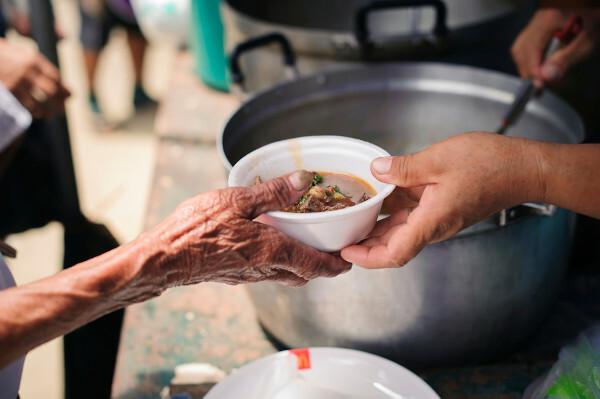 Food insecurity: what it is, causes, in Brazil

THE food insecurity is a phenomenon that occurs when an individual does not have physical, econom...