Throughout its history, the Contestado region was the target of successive episodes of political and economic dispute. Located between the states of Paraná and Santa Catarina, the region was marked by these disputes due to the presence of a rich forest and a large region dedicated to the planting of yerba mate. One of the most immediate manifestations of this problem was the pressure exerted by large landowners who forced aggregates and squatters to settle in other lands.
In addition, the construction of a railroad connecting the states of São Paulo and Rio Grande do Sul aggravated the social problem installed there. Under the leadership of the US businessman Percival Farquhar, the Brazil Railway Company purchased an extensive area for the construction of this road, where several families were already installed. After enabling the land clearance process, the company attracted the workforce of more than 8,000 workers who participated in the gigantic work.
After carrying out the construction, the Brazil Railway acquired another area with more than 180 thousand hectares where it would carry out logging. Using modern machinery to carry out this new venture, the foreign company needed a contingent minimum labor force, which ended up forcing the expulsion of another wave of small farmers who were also based in that region.

instagram story viewer
With the formation of this mass of unemployed workers and dispossessed peasants, the Contestado region began to witness a messianic movement. Several prophets, blesseds and “monks” appeared preaching ideals of justice, peace and communion that would be established in a religiously inspired movement. The first of these leaders was Blessed José Maria, who attacked the authoritarianism of the republican order and preached new times of prosperity and spiritual communion.
Inspired by the messianic legend of the former Portuguese king Dom Sebastião, José Maria brought together several followers for the foundation of the community of Quadrado Santo, which lived off subsistence agriculture and theft of cattle. Concerned with the formation of communities of this type, the state and federal governments started to send military expeditions against the population of Quadrado Santo. Upon learning of the government's action, the sertanejos fled to the city of Faxinal do Irani, in Paraná.
After this flight, still in the year 1912, a new military detachment was sent to confront the followers of José Maria. During the conflicts, federal troops were defeated, however the spiritual leader died. After this first confrontation, the rebels began to reorganize the community of Quadrado Santo. At the end of the following year, a new struggle was waged with the military and, once again, the Contestado community subjugated the republican authorities.
In 1914, the government was once again neutralized with the mass flight of residents from the contested. The following year, other clashes would be marked with successive defeats by the Army. The already protracted conflict only came to an end when government troops were held back for more than a year in regular clashes with the revolting community. To do so, they used planes and heavy artillery. At the end of the struggle, in 1916, thousands of backlanders were brutally executed. 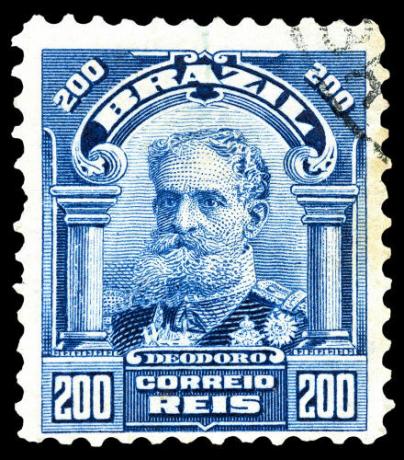 Deodoro da Fonseca government: context, how it was and the end

DeodorantgivesPhonseca was the first president of Brazil and assumed this position soon after the...

Slavery in Brazil: forms of resistance

The resistance of the slaves was a answer to slavery that was an institution present in the histo...