South Africa is one of the few countries on the African continent with a diversified economy. The country's economy is based on the services sector, industry, agriculture and extractivism. It currently occupies the condition of the richest and most industrialized country in Africa.
The services sector is mostly inserted in the tourism activity. The country has on safari one of the most important tourist attractions. In addition to national parks, business tourism and vacations on the coast.
The industrial park is diversified, including chemical, petrochemical, food, transport equipment, steel, machinery, agricultural and metallurgical equipment.
South Africa is a large agricultural producer, this is due to the fact that there is extensive fertile land, which favors agricultural production. In agriculture, the country stands out in the cultivation of corn, sugar cane, grapes, oranges, while in cattle raising, the main creations are cattle, poultry, goats and sheep.
In extractivism, the country stands out in the exploration of its mineral deposits, especially coal, copper, manganese, gold, chromite, uranium, iron and diamonds.

A football tournament named Copa Rei Fahd, was created in 1992 by Saudi Arabia, in order to honor... 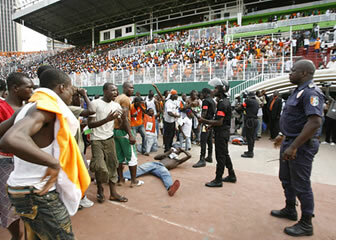 The Soccer World Cup is the most important tournament in this sport, being held every four years....